Apple unveiled the new MacBook Air and MacBook Pro during WWDC 2022. Both upcoming laptops pack the new M2 processor. While we haven’t had a chance to test the chip ourselves yet, Apple has detailed the benefits M2 has over the M1 chip and what the new processor could do for the company’s notebooks.

Since both the MacBook Air 2022 and MacBook Pro 2022 contain the latest slice of Apple silicon, it naturally leads to questions about which device is the better option. Given the “Pro” moniker, and the fact that it costs $100 more than the Air, you might be tempted to say the new Pro is the one to buy. However, the MacBook Air is better in several ways.

This is why you should buy the MacBook Air 2022 instead of the new MacBook Pro.

This one is pretty straightforward. The MacBook Air has a starting price of $1,199 while the MacBook Pro starts at $1,299. Because of that delta, the Air will seem more attractive. Both systems feature an M2 chip, 8GB of RAM and 256GB of storage to star, though the Pro has a beefier 10-core GPU.

As you’ll see below, there are other reasons to get the new MacBook Air over the Macbook Pro beyond their respective prices.

As its name suggests, the MacBook Air line is the thinnest and lightest of Apple’s laptops. The new Air is 20% smaller in volume than the previous model, measuring 11.97 x 8.46 x 0.44 inches and weighing 2.7 pounds.

The new MacBook Pro is pretty thin and light itself, coming in at 11.97 x 8.36 x 0.6 inches with a weight of 3 pounds. However, that’s still larger, thicker and heavier than the Air. Both laptops are extremely portable, but the MacBook Air is the clear winner here.

The MacBook Air 2022 has a 13.6-inch (2560 x 1664) display while the new MacBook Pro features a 13.3-inch (2560 x 1600) screen. We can attribute the Air’s larger screen to its thinner bezels, which allows for more screen space. A difference of 0.3 inches may not seem like much, but if you want the most display real estate possible, you’ll want the MacBook Air over the Pro.

Apple says both displays offer 500 nits of brightness, wide color (P3) support and True Tone technology. That means the Air has a screen that’s as good as the Pro’s, only larger. This is another win for the Air.

This is yet another category where the new MacBook Pro fails to live up to the “Pro” name. Despite Apple’s claims that the M2 chip will provide improved image quality for this device, the laptop still has a 720p camera.

In contrast, the MacBook Air packs a 1080p camera. If the M2 processor supposedly makes the Pro’s 720p camera look better, the same should hold true for the Air. But even without the M2 factoring in, a 1080p camera is preferable to a 720p device. We’d obviously need to test both cameras for ourselves to see how they stack up, but this seems like another easy victory for the Air.

Both the MacBook Air and MacBook Pro contain Apple’s new M2 processor. Though this new chip may not be as powerful as the M1 Pro and M1 Max chips, it should still provide a marked improvement over the M1. To that end, both of Apple’s upcoming laptops should be more performant than their previous iterations.

It’s possible the new MacBook Pro could outdo the MacBook Air due to it having active cooling, especially for heavy workloads. But even if the Pro outshines the Air performance-wise, the M2 chip should provide more than enough power for everyday tasks like web surfing and word processing.

What’s so great about MagSafe? For those who don’t know, the feature allows the power cable to snap into position and perfectly align itself. It also snaps off with a quick pull, which can protect your MacBook against accidental tugs. With the MacBook Air, MagSafe also frees up a Thunderbolt/USB-C port, allowing you to use the two available ports for plugging in peripherals.

The MacBook Air and MacBook Pro each have two USB-C ports and a single headphone jack. But because the Air includes MagSafe, you can argue that it has more available ports.

Though it might be tempting to dismiss the 13-inch MacBook Pro 2022 based on what we’ve seen so far, it has some advantages over the Air.

Though both laptops pack the M2 chip, the Pro offers a 10-core GPU as standard. If you want that on the Air, you’ll have to pay $300 extra. The Pro also has active cooling whereas the Air has a fanless design. Because of this, the Pro should reach higher levels of performance. This is something video editors will no doubt take note of.

In a previous article where we pitted the MacBook Air 2022 vs MacBook Pro 2022, our Global Editor-in-Chief Mark Spoonauer said he’d rather get the Air over the Pro. I’m of the same mindset, based on everything we Know so far.

Yes, the MacBook Pro’s active cooling should help it deliver better performance than the MacBook Air. But unless you’re editing videos or music, you likely won’t need whatever boost in performance the MacBook Pro provides. I mostly surf the web, watch YouTube videos or use Google’s various services for work. Because of that, I don’t need a particularly beefy laptop. I suspect the same is true for most people who are eyeing the new MacBooks.

I don’t want to completely write off the MacBook Pro 2022, but as things stand, I’d rather go with the MacBook Air 2022. A new design that’s more akin to the latest MacBook Pros released last year is enticing – as is MagSafe charging, a larger display and a sharper webcam. Its thinner and lighter chassis is also another plus. Right now, the new MacBook Air seems like the Apple laptop to get.

But we’ll see how the new MacBooks stack up against one another when we review both devices. Stay tuned! 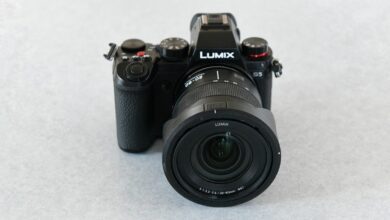 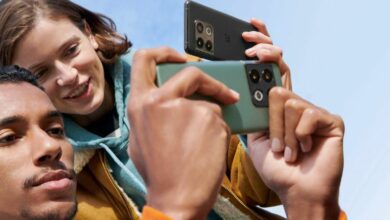 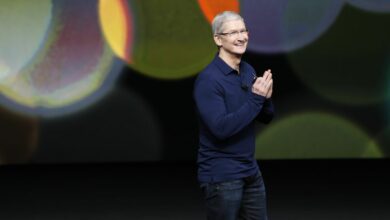