Having a strong Wi-Fi connection throughout your entire home can certainly improve your work from home experience but it also helps when streaming your favorite TV shows and movies or playing games online. However, if you live in a larger house or apartment or haven’t upgraded to one of the best Wi-Fi routers, you might have Wi-Fi dead zones throughout your home.

If your wireless connection keeps dropping in and out or you just can’t connect to your home network in parts of your house, you likely have a Wi-Fi dead zone or even a few. While the range of your Wi-Fi router can lead to dead zones, so too can radio interference. Maybe you have large appliances like a refrigerator or a microwave near your router or your home has thick, concrete walls. All of these things can interfere with your wireless connection.

One of the simplest ways to eliminate Wi-Fi dead zones is with one of the best Wi-Fi extenders. These small, inexpensive devices can extend your Wi-Fi signal further but they aren’t a perfect solution. If you want to put an end to poor wireless coverage once and for all, here’s when a Wi-Fi extender might work for you along with some other clever ways you can solve your connectivity issues.

If you don’t want to upgrade to one of the best Wi-Fi routers just yet, a Wi-Fi extender can increase the range of your existing router. These devices also work if you’re using a router or even a modem/router combo from your internet service provider (ISP).

After finding a spot close to your router but near your Wi-Fi dead zone, just plug in your Wi-Fi extender and follow the included instructions to get it set up. Some Wi-Fi extenders are easier to configure than others and sometimes, all you have to do is press the WPS button on your router after plugging in the extender to get it working.

While a Wi-Fi extender, as the name implies, will extend your router’s signal further there are some downsides that could even be a deal breaker depending on your intended use case. With a Wi-Fi extender, you’re actually creating a second network with a different SSID and password. This means that you’ll need to manually switch your Wi-Fi connection from your home network to the extender’s network on your smartphone or PC to use it.

This is fine for checking email or browsing the web but it does make things more complicated if you plan on using one of the best streaming devices with your Wi-Fi extender. For instance, I tried to use one to get a better signal in my garage but found I was unable to cast videos to the Chromecast Ultra on my TV there since it was no longer on the same network as my other smart home devices.

At the same time, since you’re creating a second network and rebroadcasting the signal from your router, the amount of available bandwidth will decrease and there will also be more lag. If these issues aren’t a big concern and you want to save a few bucks, you can actually turn an old router into a Wi-Fi extender. However, you will have to check to make sure it is compatible first.

Use your home’s existing wires instead

If you’ve tried using a Wi-Fi extender to no avail, there are other options worth considering before rushing out and buying a fancy, new router.

To set up a powerline extender, you just need to plug one unit into an outlet near your router and connect the two using an Ethernet cable. You then have to place the other unit where your Wi-Fi dead zone is and connect it to your PC over Ethernet. You can also connect your devices over Wi-Fi if your powerline extender supports this.

Powerline extenders aren’t without their issues, though, and the biggest one is that they only work if both the receiving and transmitting units are on the same circuit. If your home has more than one circuit, you could run into problems. Also, like with your Wi-Fi router, they can be impacted by electrical interference.

Electrical wires may not be the only wires in your home though. If your house has existing coaxial wiring to get cable television on your TV, you can also use these wires to send data with a MoCA or Multimedia over Coax Alliance adapter. Most of the time you will need two MoCA adapters but some routers ship with MoCA support built in. MoCA also gives you faster speeds than a Wi-Fi extender but you will need coaxial cabling in your walls to use it.

Wi-Fi extenders, powerline extenders and even MoCA adapters give you plenty of options when it comes to eliminating Wi-Fi dead zones. However, for a more permanent solution, you may want to consider upgrading to one of the best mesh routers instead.

A mesh router system consists of a Wi-Fi router and several satellites that you place around your home for even better Wi-Fi coverage. Mesh routers are sold individually but for the best coverage, you will want either a two-pack or a three-pack depending on the size of your home or apartment. Some of the best Wi-Fi 6 routers like the Linksys Hydra Pro 6 also include the ability to create a mesh network but you will have to buy the satellites separately.

Regardless of which approach you take, having a strong Wi-Fi signal in every room of your house and even in the backyard is well worth the effort. Upgrading your home network may not be as exciting as buying an iPhone 14 Pro but everyone in your household and even your guests can enjoy the benefits. When trying out new networking gear though, remember to keep the receipts and the original packaging as like I did, you may find that a Wi-Fi extender or even a powerline adapter just doesn’t cut it. 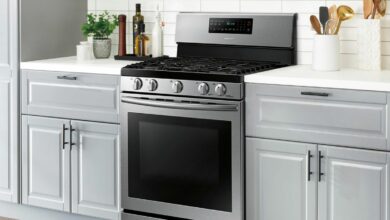 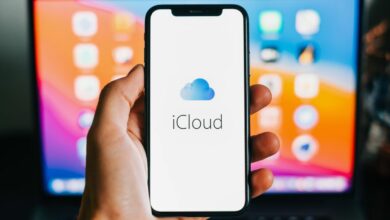 How to upgrade iCloud storage 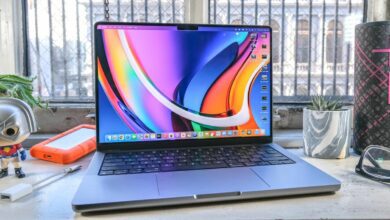 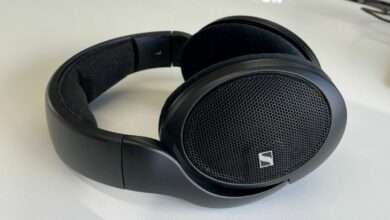