Volkswagen has unveiled its all-electric ID.6 SUV, a Tesla Model X rival which packs up to seven seats but which sadly looks destined for the Chinese market only right now.

The ID.6 is the German automaker’s biggest EV to date and is based on its Modular Electric Drive Toolkit, or MEB — a platform used across other models in the rapidly expanding ID. range. Its big selling point might be that cavernous interior, but the SUV will also be available in several different options that revolve around two core editions: the ID.6 Crozz and ID.6 X.

The naming convention follows the same theme as the existing ID.4, which also has its own Crozz and X editions. There’ll be two and four-wheel drive options for the ID.6 with up to 365 miles of range coming from the more potent model. Here’s everything we know about it so far.

Right now, the Volkswagen ID.6 is aimed at the Chinese market, and will be built there too. The VW ID.6 Crozz version will be assembled at the company’s FAW-Volkswagen factory in Foshan, while the ID.6 X will be put together at the SAIC Volkswagen plant in Anting. No pricing has, as yet, been announced, but we do know that it will be available to buy before the end of 2021.

The VW ID.6 is built around the VW MEB platform and will be available in two core models.

First there’s the ID.6 Crozz, which has a funky name that’s only outdone by its bright orange exterior in the example we’ve seen. The ID.6 X, meanwhile, features a similarly flamboyant purple exterior. Both cars will also have decidedly different interior designs to compliment their unique exterior touches. There’ll be the option of 19, 20 and 21-inch wheels either way.

Alongside the styling, the other big selling point of this large SUV is its capacity for seating up to seven occupants, while a 12-inch central infotainment touchscreen will replace many of the usual physical buttons and switches. VW’s Hello ID voice control and an augmented reality head-up display will be available as an optional extra.

The overall theme on the inside appears to be ‘less is more’, while a large panoramic glass roof adds to the overall feeling of space. An opening version of the panoramic roof is likely to be an option, too. The overall size of the ID.6 is 2,965mm, slightly longer than VW’s ID.4, with around 30 centimeters extra to allow for those extra seats.

With the VW ID.6 being based on the MEB platform, battery and powertrain setup will be on a par with the other ID models. It’s expected to come with two different battery options, 58 kWh and a larger 77 kWh version, plus a trio of powertrains including a 132kW single motor or a 150kW dual motor all-wheel-drive setup dubbed 4MOTION, which features an output of 225kW. Customers who opt for the latter should get from 0 to 62 mph in around 6.6 seconds.

Depending on which battery package you have, the range will be 271 or 365 miles, based on China’s NEDC (New European Driving Cycle) estimates. The reality will likely be less during real-world use. The smaller model will only be available in the rear-wheel drive configuration, but customers who plump for the larger battery will get the benefit of 300 bhp of power and the choice of rear- or all-wheel drive. The capacities are, in essence, the same as those found in the VW ID.4 SUV.

Roominess is the main attraction of the VW ID.6 with, depending on the model you choose, space for up to six or seven people. With its long wheelbase, the interior is definitely appealing — not least for its minimalistic layout that features Captain’s Chair seats and lots of space. That touchscreen dominates the dash, while switches and buttons are kept to an absolute minimum. The roominess is boosted by that panoramic roof option, too.

VW is also packing in plenty of tech with the VW ID.6, with the augmented reality head-up display (AR HUD) likely to appeal to many buyers. You also get Volkswagen’s ID. Light and IQ.Drive features — which includes the latest generation Travel Assist — all of which adds weight to the SUV’s driveability, despite its imposing size.

The VW ID.6 is, for now at least, destined solely for the Chinese market. In fact, VW plans to have launched a total of eight ID. models in China by 2023 and hopes half of its vehicles sold there by 2030 will be electric-only.

However, its large size and accommodating interior give the ID.6 distinct potential for the US market too, much like the seven-seat Mercedez-Benz EQB that was also unveiled at the 2021 Shanghai motor show.

As a result, it’s entirely possible that we’ll see this model, or at least something similar based on the MEB platform, eventually being manufactured at VW’s north American plant in Chattanooga. Watch this space. 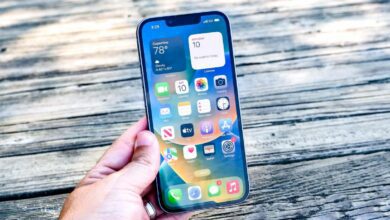 Apple iPhone 14 review: Everything you need to know 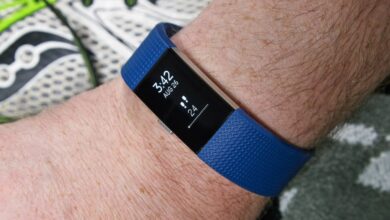 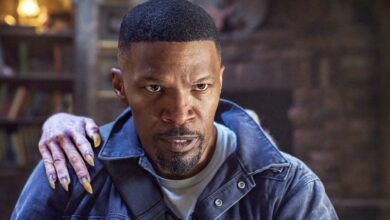 9 new movies and shows to watch this weekend on Netflix, Prime Video and Disney Plus (Aug. 12-14) 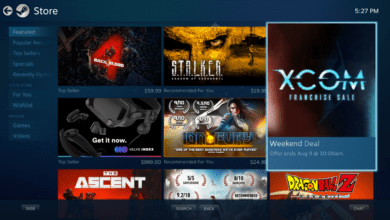