There are great Hulu movies to be watched (which you probably want to take advantage of before the impending Hulu price hike), just one reason why it currently sits high on our list of the best streaming services. But great movies are the standard, just look at Apple TV Plus, which won an Oscar for CODA.

So how do you choose what to watch when on a streaming service as loaded as Hulu? Fortunately, Rotten Tomatoes (opens in new tab) can provide some guidance. The reviews aggregator issues scores for movies and shows based on what critics and audiences are saying. Generally, you can count on the quality of titles that are certified “fresh.”

Hulu currently has 70 movies available right now that have a 90% or better critics score on Rotten Tomatoes. If they were a term paper, they’d be getting an A. We went through the list and narrowed it down to seven films that really stood out to us. Check out what makes them so great, then watch them with a Hulu subscription. (opens in new tab)

“Superbad, but for Gen Z” would be a fairly accurate way to describe Booksmart. Olivia Wilde’s directorial debut follows Amy (Kaitlyn Dever) and Molly (Beanie Feldstein) as they decide to finally break the rules on their last day of classes.

But simply calling it a Superbad rip-off does not do Booksmart justice. Beanie Feldstein’s portrayal of Molly is definitely reminiscent of her older brother (Jonah Hill, who was Seth in Superbad), but she is also incredibly enjoyable to watch in her own right. Plus, while Superbad was largely crude in its humor, Booksmart comes off as more refined and nuanced.

Booksmart’s supporting cast is also a strong suit. Jessica Williams is highly-enjoyable as Miss Fine, Molly and Amy’s teacher, and Lisa Kudrow and Will Forte are hilarious as Amy’s parents. If you want something clever but still hilarious, go check out Booksmart on Hulu now.

Palm Springs is a masterclass in the genre we’ll call Groundhog Day-esque programming (see Russian Doll for more). Andy Samberg and Cristin Milioti have phenomenal chemistry on screen as Nyles and Sarah, and while the movie is certainly good, they are easily the reason to watch it.

Well, them and J.K. Simmons who plays Roy, another attendee at the wedding where Nyles and Sarah meet. Simmons rarely misses (if ever), and Palm Springs is no exception.

Palm Springs’s release was hampered by the COVID-19 outbreak, so don’t feel bad if you missed out on this Hulu gem. Instead, go queue it up, and see if you can manage to watch it without wanting to watch it again and again.

Sorry to Bother You

Sorry to Bother You marks the third film on this list that was a directorial debut, and frankly it’s a bit sad we haven’t seen a follow-up yet from Boots Riley. This masterpiece of a black comedy follows Cassius “Cash” Green (LaKeith Stanfield) who is a Black telemarketer struggling to deal with his job.

Green’s struggles start to go away once his coworker, Langston (Danny Glover) tells him to adopt a “white voice.” The white voice is played by David Cross, and if you’ve ever seen David Cross (Tobias Funke in Arrested Development) you know already that this was pitch-perfect casting.

While Sorry to Bother You is hilarious — and it is — the movie really shines as a complex portrayal of the struggle of Black Americans and living in a capitalist society. We are not really qualified to speak on these topics here, but luckily, Sorry to Bother You definitely is. That’s what makes it such a necessary inclusion on this list.

Nomadland really is Zhao’s film. She wrote, produced, edited and directed the Oscar winner that tells the tale of life as a nomad in modern America. The movie is based on the non-fiction book Nomadland: Surviving America in the Twenty-First Century, and some of the real-life nomads played versions of themselves in the movie.

While critics loved Nomadland, the fact that it won the Oscar was a bit controversial at the time and is still widely debated. What is much less debated, is Frances McDormand’s win for Best Actress for her role as Fern. Even if the story doesn’t quite drag you in, her performance definitely will.

Akira is the lone animated film on this list, but it absolutely merits inclusion. Katsuhiro Otomo’s adaptation of his 1982 manga is a dystopian masterpiece that has had a significant impact on popular culture since it’s debut.

Akira takes place in 2019 (when 2019 was the future) in the city of Neo-Tokyo. It follows Shōtarō Kaneda and Tetsuo Shima, who are members of a biker gang. Shima suffers a motorcycle accident when he collides with Takashi, an ESPer, and in the process, he gains Takashi’s telekinetic abilities.

The movie paints a bleak portrait of corruption and violence but is also considered one of the best examples of Japanese animation to ever exist. Hulu currently offers a subtitled (sub) Japanese version and a dubbed (dub) English version of the film, so you can choose how you want to enjoy the movie.

The world was shocked when Tonya Harding was banned from competitive figure skating for life. The tale of the 1994 attack on Harding’s rival, Nancy Kerrigan, has since been told multiple times, including ESPN’s 30 for 30: The Price of Gold, which you can rent from Amazon (opens in new tab). Harding even sat down with ABC News following the release of I, Tonya to tell her side off the story in the special Truth and Lies: The Tonya Harding Story, which you can watch on Hulu (opens in new tab).

But those are serious takes on the story. While I, Tonya definitely don’t pull any punches, it is undeniably hilarious. Margot Robbie’s portrayal of Tonya Harding is fantastic, and Allison Janney won a Best Supporting Actress Oscar for her role as Harding’s mother LaVona Golden.

I, Tonya is loosely based on the real story and real interviews with Harding and her husband Jeff Gillooly (Sebastian Stan). It frames Harding as a victim, which while controversial is a valid position to take. Regardless, I, Tonya is highly enjoyable, with a great cast and definitely worth a watch.

Before there was the MCU if you wanted the best version of a Marvel movie you had to watch Sam Raimi’s Spider-Man trilogy. While some say that Spider-Man 2 (also on Hulu) is the best of the trilogy — 93% on Rotten Tomatoes — the first movie is a still a classic. Besides, if you’re going to watch the second one, you may as well start with the first.

Tobey Maguire plays Peter Parker — a.k.a your friendly neighborhood Spider-Man — in what may have been the best superhero movie to date when it was released. He is joined by William Dafoe as Norman Osborn/Green Goblin, Kirsten Dunst as Mary Jane “MJ” Watson and James Franco as Harry Osborn.

The real standout of the movie though is J.K. Simmons’s portrayal of J. Jonah Jameson. To describe it as iconic still feels like an understatement, and there is a reason he was brought back into the Spiderverse to reprise his role in Spider-Man: Far From Home and Spider-Man: No Way Home — though with noticeably less hair. For the original version, go queue up Spider-Man (2001) and enjoy.

Next: A huge Disney Plus price hike is coming. 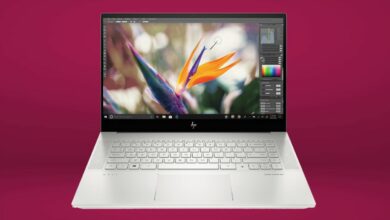 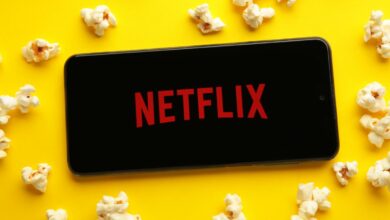 This new Netflix movie just hit No. 2 — and it’s 94% on Rotten Tomatoes 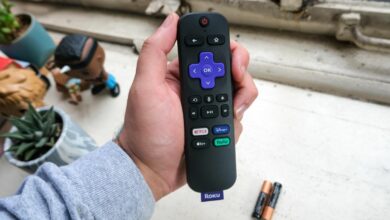 How to fix a Roku remote that’s not working