When The Sandman debuted this summer it seemed like a hit. Critics and audiences loved it and we thought it was a breath of fresh air compared to some of the recent comic book fare from Marvel and DC.

But then rumors started flowing that The Sandman season two was not a lock. Executive producer Neil Gaiman, who created the modern version of The Sandman, even took to Twitter to explain why Netflix had not renewed the show even though it seemed from the outside to be a big hit.

We can now put those worries to bed. Netflix has renewed The Sandman for a second season, so expect more of Dream, Death and Lucifer on your TV screen in the not-too-distant future. Below we lay out what — and who — to expect, and when to expect one of the best Netflix shows to return.

Unfortunately, we did not get a release date reveal alongside the news that Netflix renewed The Sandman (opens in new tab) for a second season. That’s probably because Netflix does not even know when the show will return. Given that episodes of The Sandman season one were rumored to cost $15 million an episode (opens in new tab), there’s a good chance that Netflix held off on filming a single frame of season two while it debated renewing the show.

The first season of The Sandman began in October of 2020 and wrapped filming in August 2021. If season two follows a similar schedule, we cannot reasonably expect The Sandman in 2023. The first season did not debut until August 2022 — a full year after filming had finished. If we are generous and assume they can begin filming season two in December of 2022, that still puts the end of filming in October 2023 and a debut on screen a year later in October 2024.

Hopefully, it won’t take quite that long. While there isn’t much that can be done to reduce the filming time by much more than a month, they may be able to cut down the production time for season two if Netflix put them on a deadline. Summer 2024 would then be in reach for the comic book adaptation, with a possible release date of August 2024 — exactly two years after season one.

The Sandman season 2: What happened in season 1?

The Sandman follows the tale of Morpheus, one of a powerful group of beings called the Endless. They are like Gods in that they are immortal and have powers unimaginable but they are meant to exist in concert with gods and men. Morpheus’s purview is the realm known as the Dreaming, where he uses his tools and gifts to provide all creatures a place of escape during their slumbering hours.

Season 1 of The Sandman largely followed the first two collections of Neil Gaiman’s 75-issue run of The Sandman for DC Comics. The first collection is called Preludes and Nocturnes, which the TV show covers across the first six episodes of the season. This arc follows Morpheus/Dream (Tom Sturridge) as he recovers his tools following his kidnapping by Roderick Burgess (Charles Dance).

This journey eventually leads Morpheus and his raven Matthew (Patton Oswalt) to Hell, where Morpheus faces off against Lucifer (Gwendoline Christie) in a game of wits. Morpheus defeats Lucifer and recovers his helm but also earns the devil’s ire — something that will most likely have consequences in season two.

Upon his return to the mortal plane, Morpheus must contend with John Dee (David Thewlis), who is the son of Burgess and Ethel Cripps (Joely Richardson). Dee possesses Morpheus’s ruby, which is an immensely powerful tool and he initially seems to destroy Morpheus with it. But instead, Dee makes a critical error and Morpheus defeats him, returning the power of the Dreaming solely into Morpheus’s hands.

The second collection is called The Doll’s House and it begins with Rose Walker (Kyo Ra) and her friend Lyta Hall (Razane Jammal) traveling to London to visit Rose’s unknowingly estranged grandmother, Unity Kincaid (Sandra James-Young). With Unity’s blessing and money, Rose and Lyta go to Florida to search for her brother Jed (Eddie Karanja), who she has been separated from since their parents divorced.

However, Rose is a Vortex, which means she can attract and manipulate dreams. Morpheus’s siblings Desire (Mason Alexander Park) and Despair (Donna Preston) scheme to use Rose’s status as a Vortex to eliminate Morpheus, as does the Corinthian (Boyd Holbrook, a nightmare created by Morpheus who becomes a real-life serial killer during Morpheus’s captivity earlier in the season. In a further twist, the Corinthian has found Jed and is bringing him to a serial killer convention, where he has also lured Rose.

Everything comes to a head at a serial killer convention, where the Corinthian is the keynote speaker. Morpheus confronts and unmakes the Corinthian with the assistance of Rose, who has reunited with Jed. Morpheus then sends the serial killer convention attendees away to think on their crimes and Rose and Jed escape. That same night, Rose confronts Morpheus in the Dreaming where she resolves to end her life to save the dreaming, as her status as Vortex puts its very existence in jeopardy. At the last second though, Unity Kincaid arrives to save her granddaughter, who it becomes apparent is also the grandchild of Desire. Morpheus concludes that this was all a plot to trick Morpheus into spilling the blood of a family member, as Rose is his grandniece through Desire. He then confronts Desire and warns them against future scheming — advice we are sure Desire will not heed.

In addition to these two plot lines, there are a couple of other storylines covered in season one. In episode six “The Sound of Her Wings” Morpheus follows his sister Death as she shepherds people from the mortal plane. They also meet Hob Gadling (Ferdinand Kingsley), a man who does not wish to die, which is a wish that Morpheus proceeds to grant.

The other two storylines are contained within episode 11 and come from the third collection of The Sandman, called Dream Country. “Dream of a Thousand Cats” focuses on a Siamese cat (Sandra Oh), who tells the story of how she met Morpheus (in the guise of a cat) and how he revealed to her the way cats can retake this world. “Calliope” follows the story of the writer Richard Madoc (Arthur Darvill), who makes a bargain to acquire the imprisoned muse Calliope (Melissanthi Mahut) to inspire his writing. Morpheus, Calliope’s former partner, learns of this and proceeds to break Madoc’s mind until Madoc frees Calliope.

The Sandman season 2 plot: What to expect

Editor’s note: Potential The Sandman season 2 spoilers, based on the comic books, follow below

The Sandman is an adaptation of Neil Gaiman’s run of The Sandman for DC Comics from January 1989 to March 1996. While we cannot guarantee what will be in the show, the source material already exists. So if you do not want to be spoiled for The Sandman season two turn back now.

Since season one focused on the first two and a half collections, the reasonable expectation is that the second season will complete Dream Country and then also cover the fourth and fifth collections. These collections are called Season of Mists and A Game of You, and in true The Sandman fashion, they’re largely disparate storylines.

Season of Mists is truly epic and may ultimately become most viewers’ favorite storyline in The Sandman. It starts with Lucifer abdicating the rule of Hell and giving the keys to Morpheus, who then has to determine who will rule Hell.

A swarm of gods from all over descends on the Dreaming and pleads their cases to Morpheus. We won’t tell you who wins, but there’s a fun Easter egg at the end for DC Comics fans. Season of Mists ends with Lucifer on a beach, retired from Hell, which is the start of the Lucifer comic book series that eventually became its own Netflix show.

A Game of You brings back an unexpected character: Barbie. Barbie (Lily Travers) was a housemate of Rose Walker’s in season one at a bed and breakfast they were both staying at in Florida. Barbie has a very particular dream that has her as the princess of a fantasy world joined by her fantastical creature and companion Martin Tenbones (Lenny Henry). In A Game of You, Barbie becomes ensnared in a plot by a villain called the Cuckoo, who crosses the dream world and real world to cause chaos in both.

Finally, season two should get an episode 11 which contains the final two chapters from Dream Country. “A Midsummer Night’s Dream” has William Shaxberd (Samuel Blenkin) and his troupe of actors performing the famous Shakespearean (or Shaxberdian in this world) play for a special audience. “Facade” meanwhile, focuses on Element Girl struggling with her life after an unpleasant career as a superhero.

These two stories are anthological in feel, lacking almost any connection to the other stories in The Sandman universe. That is why they will most likely get the episode 11 treatment that “Dream of a Thousand Cats” and “Calliope” received in season one.

Based on our plot speculation, these characters could return for The Sandman season two:

These characters could appear in season two and have yet to be cast: 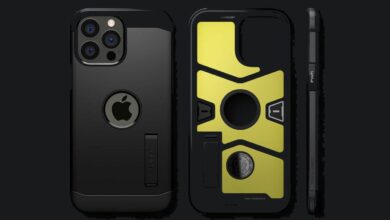 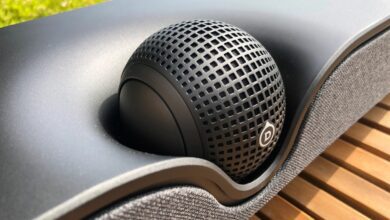