There was a time when it seemed like Marvel could do no wrong. Every new installment in the MCU earned rave reviews, smashed box office records and caused intense fanboy debate about its placing in the Marvel movie ranking. And yet lately it feels like the MCU’s shine is starting to wear off, at least a little bit.

Thor: Love and Thunder is the latest MCU film to earn pretty average reviews. It currently sits at 68% on Rotten Tomatoes (opens in new tab), which certainly isn’t disastrous, but it’s a far cry from the days when every Marvel movie seemed to score 85% or above.

The fourth Thor movie also comes off the back of the divisive Doctor Strange in the Multiverse of Madness, and the MCU’s first true flop Eternals.

While Marvel Studios is clearly hitting a few bumps right now, it would ridiculous to suggest the MCU is failing. That’s why the word floundering feels far more appropriate to describe the current state of the interconnected comic book franchise. The MCU still has its moments, but the Marvel Studios title card at the beginning of a movie (or TV show) is no longer the guarantee of quality it once was.

Of course, we can’t continue without a spoiler warning for Thor: Love and Thunder! We don’t break down the plot in huge detail, but this isn’t 100% spoiler-free.

There’s little to love in Thor 4

Thor Love and Thunder is a perfectly serviceable slice of blockbuster entertainment. Chris Hemsworth is once again wonderful as the God of Thunder, the pace is zippy (perhaps even to a fault) and it’s frequently very funny, if not quite as well-balanced as Thor Ragnarok. But MCU movies used to be more than fun but forgettable popcorn flicks.

That said, Thor Love and Thunder walks directly into many of the pitfalls that have plagued recent MCU movies, and with each new installment, it becomes harder to overlook these repeated flaws. The over-reliance on green-screen-shot scenes — the chat between Thor, Valkyrie, Mighty Thor and Korg at City Hall for example — made us wonder if they filmed anything on location. And the obsession with fan service cameos over quality is distracting, as I literally rolled my eyes when the post-credits scene was just another new character tease.

I don’t seem to be the only one that wasn’t enthralled by Thor’s latest outing, not only does the film’s aforementioned critical reception back this up, but the early online conversation suggests even some diehard Marvel fanboys are walking out of the theater underwhelmed. The film’s rushed third act appears to be a real bone of contention, the trim runtime doesn’t help in this regard.

The lack of onscreen time for Christian Bale’s Gorr the God Butcher is another common criticism. There’s no doubt that Bale fully commits to the role, but Gorr’s scenes are few and far between. Not to mention the supposed “villain” actually has a valid point about the Gods being lazy, arrogant and uncaring towards their followers, which the movie never actually addresses. In fact, Russell Crowe’s Zeus only confirms Gorr’s point.

Despite its issues, and mixed reception, there’s little doubt that Thor Love and Thunder will earn millions at the box office. In the grand scheme, Thor 4 will surely be viewed as a successful effort by Disney executives, but in the long term, it could further dilute the MCU brand and corrode audience goodwill towards the franchise.

The fourth phase of the Marvel Cinematic Universe has been a mixed bag so far. I think you’d be hard-pressed to find even a Marvel fanboy that would disagree with that statement. Starting with 2021’s Black Widow, Marvel has released a string of films/TV shows that have oscillated from excellent to downright bad.

The MCU’s third phase was clearly its peak, during this era spanning from 2016 to 2019, Marvel Studios released hit after hit including Captain American: Civil War, Spider-Man: Homecoming, Thor Ragnarok and Black Panther. This phase also contains the one-two punch of Avengers: Infinity War and Avengers: Endgame which are two of the most marvelously ambitious comic book movies ever made, and somehow both stuck the landing.

Don’t just take my word for it either, when you compare the average Rotten Tomatoes score for Phase Three and Phase Four the difference is stark. Across its 11 movies, the MCU Phase Three scored a might impressive 89% on average. However, six movies into the MCU’s fourth phase and the average score has dropped to 75%. That’s a clear sign that the average quality of an MCU movie is lowering, even if some of the highs (Shang-Chi and Spider-Man: No Way Home) are still pretty high.

What these scores showcase is that critics are starting to find the Marvel formula increasingly stale. And, anecdotally, I found the same to be true among my own circle of friends. Our discussions around the latest Marvel movies have become less intense, and the collective anticipation for the next entry in the MCU has dropped considerably.

The MCU has a Disney Plus problem

Thor: Love and Thunder also arrives right when the MCU is doing too much too quickly, while also being completely disconnected to all of it.

One of the biggest differences between Phase Four and any of the MCU waves before it is the inclusion of Disney Plus TV Shows (the disappearance of established favorites who left after Endgame doesn’t help either). Sure, Marvel had dipped its toe into the world of television before, but the likes of Agents of S.H.I.E.L.D and Agent Carter were treated as ostensibly separate from the theatrical movies.

That’s not the case with the Marvel content on Disney Plus. Case in point, to properly follow Doctor Strange in the Multiverse of Madness you’re practically required to have watched WandaVision. One scene makes a half-heartened attempt to fill viewers in, but there’s no denying that to fully understand why Wanda has gone rogue, you need to have watched the nine-part limited series.

To date Phase Four has offered WandaVision, Falcon and Winter Soldier, Loki, What If…?, Hawkeye, Moon Knight and Ms. Marvel. Plus, She-Hulk debuts next month, and there are two themed specials confirmed for later in the year, an untitled Halloween one and a Guardians of the Galaxy Holiday Special in December. That’s a lot of supporting content to consume alongside the feature films that are still rolling out at a regular clip.

Even if some of the Disney Plus shows have been solid enough — although personally beyond WandaVision and Loki I’ve found them all very lackluster — it’s hard to deny the MCU isn’t beginning to suffer from content overload. The days of actually missing the franchise are long gone. Now you only have to blink and a new slice of the MCU has been served up.

During the franchise’s early phases Marvel was content to let months pass between MCU releases. In Phase Two, we got only two films a year. And even in the more crammed Phase Three we still only got at most three films in a calendar year. For comparison, in 2021 we got four movies and five Disney Plus shows. The focus appears to have shifted to quantity rather than quality. And Thor: Love and Thunder’s missteps do nothing to fix that.

The simple solution could be to skip certain Disney Plus shows or movies that don’t personally appeal, but this is a lot trickier than it sounds when you consider the interconnected nature of the MCU. What’s to say that a plot point or new character introduced in Moon Knight or Hawkeye won’t become vitally important to understanding the next flagship team-up movie?

As already touched upon, Marvel isn’t ignoring the MCU event that happen on the small screen. The Disney Plus shows are canon and potentially important. There’s every possibility that taking a selective approach will backfire later down the line. This fear of missing out is creating a vicious circle of MCU burnout for me, and seemingly others as well.

Outlook: Floundering but not failing

Make no mistake about it, I’m still very much a fan of the MCU. It’s just that Thor: Love and Thunder isn’t the only disappointing outing its had lately. I’m just hoping the more mixed reaction to some of the most recent films, as well as the growing calls for a reduction in the number of Disney Plus shows entering production, don’t fall on deaf ears.

I’m certainly not suggesting it’s time to kill the MCU, as the franchise still has plenty left in the tank. And let’s be honest, when the next Avengers movie is announced — it’s only a matter of time — any criticisms I’ve leveled at the franchise will seem immaterial as the whole internet meltdowns with giddy anticipation. But in the meantime, I would really like to feel properly excited about Marvel again, and I think that will only happen when the MCU slows down for a breath.

I don’t need four or five movies a year, and half a dozen TV shows to watch in between. Offer me a few carefully constructed slices of the MCU every twelve months and I’d almost certainly be back evangelizing the franchise in no time. Sometimes less is more, and that’s a lesson that Marvel needs to learn quickly. 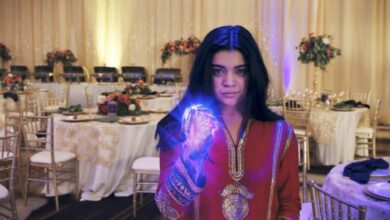 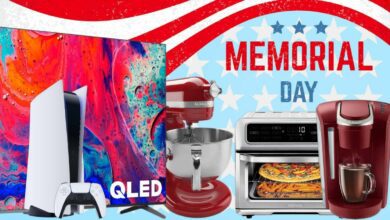 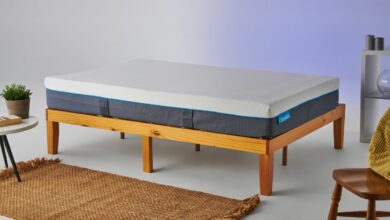 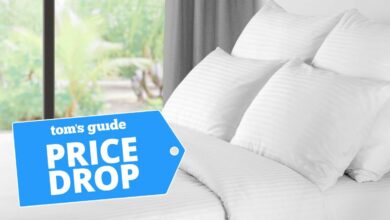