It’s almost time for the She-Hulk finale, and we’ve been counting down the days. Yes, we’ve circled the She-Hulk episode 9 release date in our digital calendars, not because we need another dose of Tatiana Maslany’s excellent performance as Jen “She-Hulk” Walters, but because of all that the finale portends.

No, I’m not talking about how it almost feels like the She-Hulk episode 2 Easter eggs teased Hugh Jackman’s return as Wolverine in Deadpool 3. Instead, I’m more focused on how the She-Hulk series has us rooting hard for Ms. Walters, and how it has loose ends to tie up and and thematic stories to conclude (or at least hit pause on).

So, before you even think about the upcoming Marvel movies and shows after She-Hulk, let’s look closely at what the show’s finale should deliver. And, yes, this story contains spoilers for She-Hulk episodes 1-8.

She-Hulk, much like WandaVision and many Marvel shows that followed, is taking its time to reveal its big bad villain. For a few episodes now, it’s teased The Intelligencia, a group of weirdos who are trying to steal Jen’s Hulk-blood and making threats to her existence on the dark-web. For the premise of the series — meet Jennifer Walters, the MCU’s first career woman in ages, whose life is plagued by mediocre and evil men — it all makes a bit of sense.

So, flash-forward to the end of last week’s episode, where it looked like bad date Todd Phelps (Jon Bass) — the curly-haired guy who literally called Jen “a specimen” on their date — appeared to possibly be a part of that group. They didn’t suggest Todd could be the season villain Hulk King, but they didn’t give us any reason to rule it out either. While I believe many would be let down if Todd was Hulk King, I could see the show pulling it off. If the character was a formidable opponent for Jen, and didn’t feel like the personification of [insert sad trombone sound effect], it could work.

That said, She-Hulk getting a true MCU villain in The Leader (Tim Blake Nelson) would make her feel like an even bigger deal. The Leader is a villain in the upcoming Marvel movie Captain America 4: New World Order, where we bet he’ll need some Hulk blood to create his own super-strong soldier to fight Cap.

As long as The Leader’s appearance in the series doesn’t feel too shoe-horned — though Jen poking fun at that via her fourth-wall breaking monologues could save it all — we’re game for that potential reveal. Think about how He Who Remains (Jonathan Majors) debuted at the end of Loki. Provided the needle is threaded properly, even a last-second arrival can be good.

2. The Return of Wongers — and moments for him to shine

As has been teased in the above finale clip, we’re going to have the return of Wong (Benedict Wong), the Sorcerer Supreme and friend of Madisynn King (Patty Guggenheim). And this is a very good thing. Wong, dubbed ‘Wongers’ by his new friend Madisynn, is getting a chance to show more of himself in this show.

Not only does that include his favorite boozy beverages, his insistence he won’t wipe everyone’s memories and the fact that he’s finally started The Sopranos, but She-Hulk’s given Wong chances to show his dedication to the job. Donny Blaze paid for his transgressions, and we’re curious to see what kind of a role Wong will play in the She-Hulk finale.

While the show has definitely shown Benedict Wong’s comedic chops, we’d truly love to see him flex Wong’s badassery in this finale — all while not stealing She-Hulk’s spotlight in her own show.

As Jen fights The Intelligencia, we need to see a confrontation between her and Josh (Trevor Salter). Yes, “nice guy Josh,” the fellow she met while being a bridesmaid to Lulu (Patti Harrison). The guy who went on multiple dates with Jen before sleeping with her and performing some kind of data theft on her phone.

He’s a crony of Hulk King (the recipient of the stolen data), and he better face someone’s wrath by the end of this finale. That said, we know that Jen still needs closure on all of this. To learn how bad Josh is (if that even is his real name), and to confront him for both betraying her and misleading her.

Jameela Jamil’s Titania has been a hoot throughout She-Hulk, showing that super-powered beings can rival their human counterparts when it comes to being soul-less influencers. All that said, it feels like it’s time for Titania to get another moral choice.

The last we saw of Titania, she declared she’s not done with She-Hulk, so we expect her return soon. (More on any ‘later’ possibilities below.) Which makes us wonder how Titania would interact with the villainous person behind the Hulk King moniker.

One assumes she’ll always side against She-Hulk, but we wonder how possessive Titania feels about her new rival. And, of course, it seems like Titania wouldn’t side with the dweebs of the dark web. So, give us a moment to think about She-Hulk and Titania fighting alongside each other. It doesn’t have to last long, but it would make for at least a strong moment.

5. Emil Blonsky breaks the rules that bind him

Once Jen won Emil Blonsky’s (Eli Roth) parole, the former Hulk villain was sworn to never become Abomination again. That said, if you look closely in the above clip, you’ll see that Abomination is back.

We’re extremely curious if this return means that Blonsky is going back to jail, or if Jen will have to defend him in court again. Because while it seems like Blonsky has reformed for the better, we’re not sure that the courts will see another transformation the same way.

As Jen opined, it’s annoying that even her super-powered persona’s name is derivative of that of her cousin Bruce’s (Mark Ruffalo). So, one of the last storytelling acts of She-Hulk’s first season will need to be a moment for Jen to prove that she’s more than just a Hulk with a bow on her head. The only question is if she’s her brother’s equal or not.

And if you squinted while watching the above clip, you won’t just have noticed Wong and Abomination. You’ll have seen that Hulk’s here for the final fight of the season as well. So, will She-Hulk show us that Jen still has a lot to learn? Or that she’s just as good as her big brother?

Marvel Studios has given us no clues of a potential She-Hulk season 2, but it makes all of the sense in the world. A legal comedy such as this is a perfect format for a show that can keep going. The MCU won’t ever be short on weirdos to bring in for cases of the week, either.

So far, She-Hulk has been an utter joy to watch, filled with characters we didn’t even get a chance to properly explore, such as Mallory Book (Renée Elise Goldsberry) and Pug (Josh Segarra). But we’ll leave this story on one hopeful note about one other She-Hulk character we need to see again.

We know that Daredevil: Born Again is coming. We know that Matt Murdock made his walk-of-shame in full-gimmick last week. And we know that he’s the best possible romantic interest that Jen’s met yet.

So, Marvel: confirm She-Hulk season 2 and announce that Charlie Cox will be back as well. 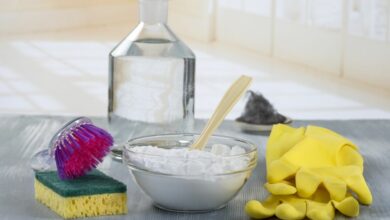 7 things you should never clean with baking soda 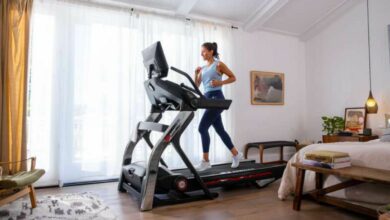 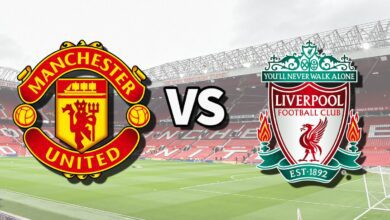 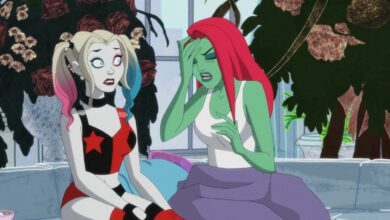 Harley Quinn season 4: Everything We know