Shadow and Bone season 2 is happening! Netflix has confirmed the return of the supernatural adventure drama. The latest news, though, reveals that they’ve found their Wylan!

A tweet from the showrunner has given us hope that this next batch of episodes won’t take too long to make — so they’ll get to our screens faster. That said, we wouldn’t be shocked to learn that new audiences are joining in the fun of fawning over Ben Barnes’ brooding performance as The Darkling (yes, it feels wrong, but that’s half the fun).

So, fans of the Small Science and those new to the Grishaverse, we’re breaking down everything to know about the (likely) Shadow and Bone season 2. So, not just when we may learn more, but when we could expect the next batch of episodes and who to expect this time around (and new characters who could show up). Plus, since this is an adaptation, we’ve got plenty of ideas for where Alina will go next.

If you just happened upon Shadow and Bone without having read the source material, the series adapts Leigh Bardugo’s Grishaverse novels. And since there are 10 books in total, we’ve got plenty of reason to think Shadow and Bone season 2 will happen.

Netflix gave us the most short of sneak peeks at Shadow and Bone season 2 at Tudum 2022. Time for the fans to play freeze-frame sleuths, we’d say.

Netflix has not yet set a Shadow and Bone season 2 release date.

The streamer officially renewed the series on June 7, 2021. In a statement, showrunner Eric Heisserer said, “I’m honored and thrilled to return to the Grishaverse and continue the stories of these endearing characters, particularly Milo.”

Author Leigh Bardugo added: “I’ve been writing in the Grishaverse for nearly ten years now, so I’m thrilled we get to keep this adventure going.”

However, season 1 was a major effort that filmed in and around Budapest, Hungary. Of course, now, the pandemic has complicated film and TV productions. Other Netflix supernatural dramas, like The Witcher and Umbrella Academy, have experienced gaps of a year and a half between seasons.

Putting all that into consideration, it’s likely that the Shadow and Bone season 2 release date won’t be until late 2022 or even early 2023.

The renewal is no surprise, given that the show spent a lot of time in Netflix Top 10 lists in the United States and the United Kingdom. And since Stranger Things season 4 looks like one of the last installments of the series, you know Netflix is looking to build a new batch of winners to keep people subscribed.

Shadow and Bone’s major cast members are all expected to be back for more. That starts, of course, with Jessie Mei Li as Alina Starkov, who the series basically revolves around.

Ben Barnes, as brooding General Kirigan, is also expected to be Shadow and Bone season 2, after he was able to exit the Shadow Fold in the finale. That episode gave fans a better glimpse into Kirigan’s Darkling powers, as he created the Nichevo’ya — a new set of Fold creatures. Making things more complicated for Shadow and Bone season 2, the Nichevo’ya can operate in broad daylight (unlike the Volcra).

Inej, Jesper and Kaz — characters from the Six of Crows duology incorporated a little ealier than they were in the books — are also likely back. That means we can expect Freddy Carter (as Kaz), Amita Suman (as Inej) and Kit Young (as Jesper).

Danielle Gilligan (as Nina) and Calahan Skogman (as Matthias) will also return, and spend a lot of time with Inej, Jesper and Kaz. More on that below. Sujaya Dasgupta is also expected back in the role of Zoya.

Next to Wylan (more on him below), the most obvious addition for Shadow and Bone season 2 is Nikolai Lantsov (who has been cast, as noted above). The former king of Ravka seems high on the request list for many, and Shadow and Bone author Leigh Bardugo is among the folks who want the character added.

In an interview with Elle (opens in new tab), Bardugo stated “And then Nikolai Lantsov is probably one of my all-time favorite characters to write, enough so that I gave him his own duology. I think he would be hell to cast, but I would absolutely love to see him brought to the screen. He is kind of a very chaotic privateer prince character, and I think he would be a lot of fun.”

While Shadow and Bone has already demonstrated a flair for diverting from the books’ pathways — incorporating the Six of Crows duology so early — we have a good idea what to expect from Shadow and Bone season 2.

The main crux of the story will show Alina and Mal’s separate paths to the Dregs, as they work to keep the former out of Kirigan’s hands. Now that Kirigan’s got his day-walking Nichevo’ya, though, that may not be so easy.

Ben Barnes told Collider (opens in new tab) that he thinks Shadow and Bone season 2 will “steer off from the course of the books… I think the character becomes a bit more representative in Alina’s mind of what the darkness is and a bit symbolic and I wanted to keep him as a human being.” Of course, he’s an actor in Heisserer’s show, and admitted that this is just how he wants the series to go. Either way, Shadow and Bone season 2 will likely explore what it’s like for Kirigan to be on his own.

We will also meet Wylan Van Eck, who joined the Dregs in the book. Heisserer told Collider (opens in new tab) that there will be “one hundred percent more Wylan,” practically guaranteeing it.

Nikolai Lantsov aka Sturnhound, who leads a pirate armada, is also a likely heavy favorite to be added in Shadow and Bone season 2. Nikolai plays a key role in the books, as an ally to Alina and Mal, so it’s practically a given.

Her laundry list of characters isn’t that long: “For me, the big thing, I want to see Sturmhond, the Privateer. I want to see Wylan, who is the only pro we don’t get to see in Season 1. I’d love to see Tolya and Tamar. The problem with seeing your characters brought to life by fabulous actors is that it makes you very greedy, and I would be thrilled to see who we could find to play what are quite challenging roles. There’s just so much story.”

Shadow and Bone: How many seasons will there be?

Shadow and Bone show-runner Eric Heisserer (opens in new tab) previously revealed that he has formed plans for multiple seasons. In fact, he’s said that there are “exhaustive” plans for Shadow and Bone season 2, that have been on his mind for years.

In an interview with Collider (opens in new tab) he noted, “It can be far more than three seasons,” referencing a previous interview when he claimed his plan was for a trilogy of seasons.

Heisserer credited a possible long run to the author. “Leigh’s just written so many books and there’s a lot of ground for us to cover. I feel like this is going to remain strong and healthy even at four seasons and beyond that, who knows? But I feel very nervous talking about that. I feel like I’m the baseball player pointing at the rafters and I have no idea.”

What’s next for Netflix? This winter brings You season 3, while Umbrella Academy season 3 and Lucifer season 6 are right behind it.

If you’re looking for a different flavor, get the latest news on Ozark season 4, Lupin season 3 and Ginny and Georgia season 2. Also in the works are award-winning dramas like The Crown season 5 and movies such as Knives Out 2 and 3. 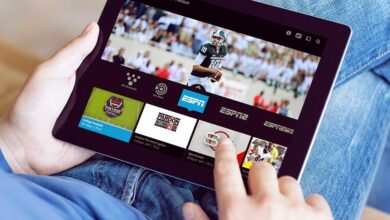 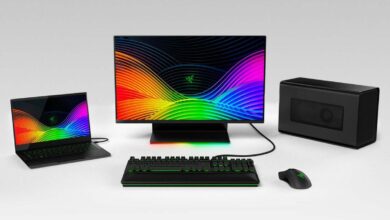 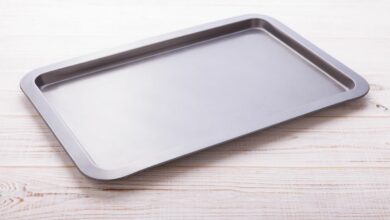 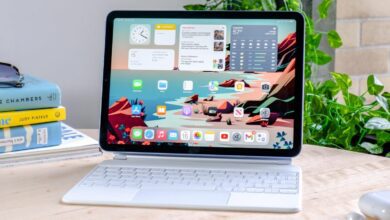