The Galaxy S22 Ultra brought a big overhaul and is one of the best phones around. It combined the camera array of the previous models while retaining the signature Note design and built-in stylus. The S23 Ultra is expected to build on this with a rumored 200MP camera, new Snapdragon 8 Gen 2 chip for more performance and power efficiency, and some minor design tweaks as well.

Now that the iPhone 14 Pro and the Google Pixel 7 Pro are here, we will have to see what Samsung’s next top flagship brings to the table to take on the competition. Here’s the top Galaxy S23 Ultra rumors so far and more info on how Samsung plans to improve on an already great phone.

One of the most persistent rumors around the Galaxy S23 Ultra is that Samsung is planning to give it a 200MP camera lens.

Samsung makes one of the best camera phones around. The previous S22 Ultra had a 108MP camera. But the new S23 Ultra’s main shooter will apparently be capable of taking 200MP or 12.5MP photos, but not the 50MP other phones already using this sensor are capable of.

Samsung will be able to give us 12.5MP photos from the high-megapixel camera with a process that is called “pixel binning” — this combines adjacent pixels into “super pixels” so you can get a brighter image at a lower resolution.

We should still see a total of four cameras on the back. While rumors have focussed on the main sensor, the others are expected to remain the same. The dual 10MP telephoto cameras, which  both have 10MP sensors, will also possibly get the same 3x and 10x optical magnification too.

Rumors also say that Samsung will focus its marketing efforts around the massive 200MP camera. The only other phones with a 200MP lens are the Xiaomi 12T Pro, the  Motorola Edge 30 Ultra and X30 Pro.

Based on the rumors, the Galaxy S23 Ultra should be powered by a new Snapdragon 8 Gen 2 chip in the U.S. Those in the UK and other markets may get the Exynos 2300 version. There is some confusion around this though as contrary reports mention that Qualcomm will be supplying Snapdragon chips for S23 models all around the world.

We hope the second scenario is true, because leaked Samsung Galaxy S23 benchmarks show some impressive performance of the Snapdragon 8 Gen 2 chip so far.

We don’t exactly know which model of the S23 series the benchmark refers to, but it mentions a model with 8GB of RAM, which all models including the S23 Ultra should come with. The scores from the above Geekbench 5 test beat the iPhone 14 on multi-core but not the iPhone 14 Pro that has the new A16 Bionic chip.

But there is still some scope for the S23 Ultra to bring better performance.

This is one area where the S23 Ultra is reportredly not getting a huge upgrade. The flagship phone is tipped to go with the same 5,000mAh battery that we saw on the S22 Ultra — a rumor that two reliable leakers (GalaxyClub and Ice Universe) have claimed.

Hopefully Samsung can squeeze more battery life out the S23 Ultra by tapping into any efficiencies of the new Snapdragon 8 Gen 2 chip.

Another S23 Ultra rumor indicates that the S23 Ultra will have no change in its charging speed. This means that it will have the same 45W maximum that the Galaxy S22 Ultra had.

This could be bad news since competition like OnePlus now brings 65W fast charging with its flagships. In our testing of the S22 Ultra, we found that the 45W charger powers the phone to 67% in half an hour, which is good but not the absolute best. It is still fast enough to beat iPhone 14 Pro and Pixel 7 Pro though.

We’re hearing with the Galaxy S23 Ultra that we might get a near identical design to the S22 Ultra. That’s not to say there won’t be any changes on the S23 Ultra. It is rumored to be slightly longer and wider than the S22 Ultra, and also heavier, but only by a few millimeters and a fraction of an ounce so it may not be noticeable.

According to leaker Ice Universe, the phone could be slightly heavier because of the Galaxy S23 Ultra’s enlarged metal frame. An early rumor from the same tipster had claimed that the phone will use thicker metal surrounds for its camera lenses.

Overall, it looks like the design is not changing much this time. Going by recent leaked cases, the only visible change in the cases is the outline around the camera cutouts changing from a P shape to a rounded rectangle.

One leaker has claimed that we could see the S23 Ultra in beige, black, green and light pink. The colors are supposed to be available on all the S23 models and not just the Ultra. This year we saw Samsung reserve one special color (Burgundy) for its S22 Ultra model and we will have to see if it will do that this time.

Like Google did with its Pixel 7 series, it seems like Samsung is set to give its top flagship many refinements rather than major upgrades.

The one exception seems to be the rumored new 200MP camera. Apple’s iPhone 14 Pro has a 48MP main camera while the Pixel 7 Pro has a 50MP camera. Both companies increased the amount of megapixels offered from their respective previous phones but it was not as big a jump as Samsung is reportedly planning to make with the S23 Ultra. We will also have to see what new photography smarts Samsung brings to the table along with the megapixel jump.

We have not heard anything about the price of the S23 Ultra yet. If it does cost $1,200 again like the S22 Ultra, it will be one of the most expensive phones around and we will have to see how it stacks up against other flagships in our in-depth testing.

What is a mattress in a box? Plus, 8 signs they suit your sleep best 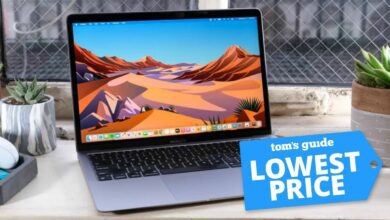 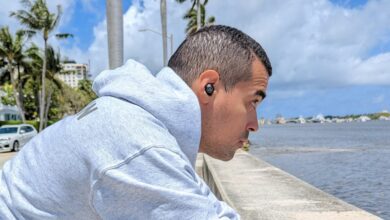 The best workout headphones in 2022