macOS 13 is the next major update for Apple’s Mac computers and laptops. Like 2021’s macOS 12, the operating system should introduce a number of improvements and enhancements. This is especially true considering how many Macs Apple now sells packing its own M1 chip, and with a long-rumored successor waiting in the wings (the M2 chip) we expect to see macOS improvements tuned for Apple silicon.

Presently, there aren’t many official details confirmed about what we should expect from the upcoming update. But with Apple’s World Wide Developers Conference (WWDC) starting today, Monday June 6, we expect to hear more very soon. We also expect updates on the operating systems running on iPhones, iPads, Apple Watches and Apple TVs.

Here are all the early macOS 13 we’ve heard so far, along with what we want to see from Apple’s new operating system. And don’t forget to also follow our WWDC 2022 live blog today for all the big announcements from Apple’s event.

If we go by Apple’s typical pattern of announcements and releases, we’ll likely see macOS 13 officially unveiled at WWDC today (June 6). We also expect that iOS 16, iPadOS 16, watchOS 9, and tvOS 16 will get announced during Apple’s digital event. We’ve got a full guide for how to watch the WWDC 2022 live stream.

As for the release date, it’s almost certain to be sometime in September or October, when Apple typically releases new Macs. A beta of macOS 13 will likely be released shortly after WWDC to developers and those participating in the Apple beta program.

Apple has a habit of giving macOS updates both a number and a name – with macOS 12 and macOS 11 also bearing the names Monterey and Big Sur, respectively. Both of those operating systems were named after lakes in California. Based on rumors, we believe Apple will continue with this naming convention.

In 2021, marketing strategist and product designer Parker Ortolani wrote an article on 9to5Mac (opens in new tab) where he speculated that macOS 12 could be named either Mammoth or Monterey. TechRadar (opens in new tab) made a similar prediction that same year. Apple would go on to use Monterey, leaving Mammoth as a still reasonably likely moniker for the 2022 update.

That speculation is backed up by the fact Apple trademarked the name Mammoth in March of 2013, along with other possible macOS names, as Tech Advisor (opens in new tab) reports. The company has continued renewing the Mammoth trademark ever since, with the most recent renewal happening in late 2021.

As Technowize reports, shell corporation Yosemite Research LLC owns the Mammoth trademark name and also owns other Apple trademarks, such as “Yosemite,” which was the name of macOS 10.10.

All of these factors lead us to believe that macOS 13 will likely be named Mammoth.

Apple is in the process of transitioning its many Mac lines from Intel chips to its own Apple silicon. We doubt the company will completely leave its Intel-powered Macs behind with macOS 13, but it’s reasonable to assume some older machines won’t qualify for the update. After all, macOS 12 isn’t available for Macs made before 2013, so it’s possible Macs released between 2014 and 2015 may not make the cut for Mammoth.

Mac computers gained better integration with the Apple ecosystem thanks to macOS 12. Universal Control allowed folks to use Mac and iPads with the same mouse and keyboard, for example. We expect this to continue with macOS 13. Apple will also likely make better use of Macs with the M1 chip, though it’s hard to say how it may accomplish that. After all, macOS 13 still has to work on Intel-powered machines.

There’s not a lot of information about macOS 13 out there, but here are some features we’d like to see in Apple’s next big macOS update.

Better utilization of the M1 chip

We’d like to see macOS 13 squeeze more out of the existing Apple M1 chips. That isn’t to say machines like the latest MacBook Pro 14-inch, MacBook Pro 16-inch or Mac Studio aren’t impressive. They certainly are. But while those devices are incredibly performant, particularly for professional artists, their respective gaming capabilities are generally disappointing. While much of the responsibility lies with developers for not optimizing their games for Apple silicon, perhaps Apple could make some OS-level changes that would make macOS a more appealing place to play games.

There’s also the rumored M2 chip to contend with. Based on what we’ve heard about the new slice of Apple silicon, this chip will focus less on power and more on speed. If the M2 is the real deal, it’ll be interesting to see what, if any, new features it has in store thanks to macOS 13.

Macs have a feature called Time Machine that allows you to recover files in the event you lose them. The feature works by taking multiple snapshots of your macOS device throughout the day. This works fine, but we’d like to see macOS 13 introduce iCloud save functionality to Macs.

This wish ties into the integration we discussed earlier. It doesn’t make sense that you can’t back up macOS machines to iCloud in the same manner as iOS and iPad devices. Sure, you can back up files by storing them on an external hard drive, but given the proliferation of cloud-based storage, we shouldn’t have to do that.

You’re able to rearrange widgets on the current iterations of iOS and iPadOS, but the same isn’t true for macOS. The ability to move widgets to any part of the screen would be appreciated. We realize not everyone is a fan of widgets, but we think they can be useful. Placing them wherever we want would make them even more functional. 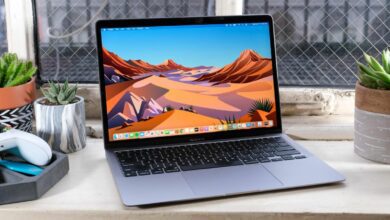 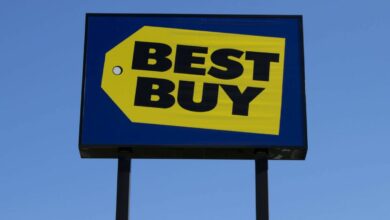 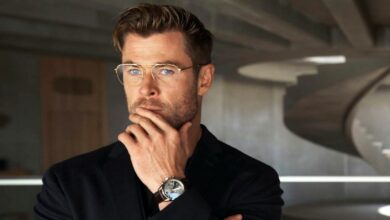 11 new movies and shows to watch this weekend on Netflix, Prime Video, HBO Max and more 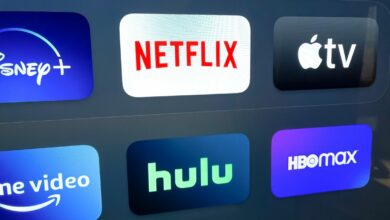