The Apple MacBook Pro 13-inch (M2, 2022) and Dell XPS 13 Plus are some of the finest laptops produced by each respective company. They’re each slim and elegant notebooks with great displays and excellent performance. You can’t go wrong with either machine, as they’re competitive with the best laptops on the market.

With that said, one notebook may suit you more than the other, depending on your specific needs. It might be hard making a determination considering how each is similarly priced, but there are some crucial differences that could help you make a decision.

Below, we’ll detail each laptop’s various aspects to see which is the better overall purchase for most users. Will the MacBook Pro win out over the XPS 13 Plus or can the latter emerge as champion? Read on to find out!

These laptops are almost evenly matched in terms of price.

The base model MacBook Pro costs $100 less than the XPS 13 Plus, while the situation is reversed for the higher-end configurations. Given the laptops’ similar costs, neither excels in terms of affordability. But as we’ll see below, price isn’t the only factor worth considering.

These two laptops feature a minimalist design that works equally well at the office or your dining table. Though you could knock the new MacBook Pro for having a design that has been around since 2016, it’s not an ugly device whatsoever.

The Dell XPS 13 Plus doesn’t get its suffix from its internal components but from its controversial design. It drops the function keys in favor of capacitive keys. If that sounds familiar, that’s because it’s basically Dell’s take on the Touch Bar found on the new MacBook Pro M2, as well as some older MacBook Pros.

But the Dell XPS 13 Plus’ capacitive keys aren’t its most radical design element. Instead of a traditional touchpad, the laptop has a touch-sensitive area where the touchpad would usually sit – which gives the impression that the trackpad is invisible. You’ll have to use it by feel.

It’s hard to determine a clear winner here. Both laptops are slim, elegant and are suitable for almost any environment. They’re also relatively light, with the XPS 13 Plus weighing 2.73 pounds and the MacBook Pro clocking in at 3.0 pounds. The laptops even offer their own respective (and controversial) versions of function keys.

For this category, it may come down to how you feel about the XPS 13 Plus’ lack of a proper touchpad. Though it functions as a normal touchpad, you can’t see where it starts and ends. It offers haptic response and didn’t take long to get used to during our hands-on time with the laptop. However, people who don’t want to adapt to this type of touchpad will consider the MacBook Pro’s standard touchpad the winner.

Things get interesting with regards to the laptops’ respective displays.

The Dell XPS 13 Plus has a 4-sided InfinityEdge 13.4-inch display familiar to the XPS 13 line. However, Dell says that it reduced the number of layers to improve clarity and reduce weight. During our brief hands-on time, we found the Plus’ OLED display looked bright and vibrant.

The MacBook Pro has the same 13.3-inch Retina Display as its predecessor and delivers sharp images and vibrant colors. Per our lab tests, the MacBook Pro 2022 achieved an average of 474.6 nits of standard brightness and 490 nits of HDR brightness. Though lower than its 500 nits of brightness, it’s brighter than the M1 MacBook Pro’s 439 average.

While the Macbook Pro 13-inch delivers solid image quality, it’s hard to top the XPS 13 Plus’ OLED screen and its higher resolution. The fact Dell’s machine also has a touchscreen just further seals the deal. The XPS 13 Plus wins this round.

If you’re looking for a laptop with an abundance of ports, you won’t find it in this face-off.

The XPS 13 Plus only has a pair of Thunderbolt 4/USB-C ports, one on either side. Dell includes a USB-C to USB-A adapter in the box, as it does on the base XPS 13, which is a nice touch. But if you need more ports, you’ll have to purchase a multi-port hub.

What some will find more egregious is the complete lack of a headphone jack. As we said in our Dell XPS 13 Plus vs XPS 13 piece, axing the headphone jack from a new version of one of the company’s most popular laptops is a significant (and controversial) move. You’ll have to rely on Bluetooth headphones if you don’t want to bother those around you while watching video content or listening to music on this device.

The MacBook Pro 2022 also packs two Thunderbolt 3/USB-C ports. But unlike the XPS 13 Plus, it includes a headphone jack. Of course, because of the minimal ports, you’ll potentially have to purchase a multi-port hub for this laptop.

The Dell XPS 13 Plus has a 12th gen Intel Core processor and can be configured with up to a Core i7 CPU, 32GB of RAM and up to 2TB of SSD storage. This should make the laptop a productivity beast, though it’ll struggle to play most graphically-demanding games due to its integrated Intel Iris Xe graphics chipset. However, we’d need to put the XPS 13 Plus through our battery of performance tests to see what it’s capable of accomplishing.

While not quite as powerful as the MacBook Pro 14-inch and MacBook Pro 16-inch, the new MacBook Pro 2022 and its M2 processor delivers greater performance than its M1-powered predecessor. As said in our review, this is the most powerful baseline 13-inch MacBook Pro Apple has ever released.

The MacBook Pro delivered impressive results in our Handbrake video-editing test, which involves transcoding a 4K clip to 1080p. It transcoded a video in 6 minutes and 51 seconds, whereas the M1 MacBook Pro achieved the same task in 7 minutes and 46 seconds. The Dell XPS 13 OLED took a leisurely 18 minutes and 12 seconds.

As for our PugetBench test, which performs 21 tasks (three times per run) in PhotoShop, the MacBook Pro notched a score of 817 and a time of 4 minutes and 54 seconds. In contrast, the M1 MacBook Pro scored 576.6 and took 7 minutes and 3 seconds. That’s a significant improvement.

The M2 chip is a monster when it comes to video and audio editing. It’s also more than capable of handling everyday computing tasks. However, in terms of gaming, it’s a major disappointment — even with titles optimized for Macs. For example, Rise of the Tomb Raider only achieved a measly 25 frames per second when running at 1440 x 900 resolution on Very High graphical settings. As powerful as the new Macs are, they’re still not ready for gaming prime time.

If you need a laptop for work or content consumption, then you can’t go wrong with either the MacBook Pro 2022 or XPS 13 Plus. Though we’ve yet to test the latter, Apple’s notebook might be more enticing for creatives, as our test results show.

The stereo speakers on the MacBook Pro 13-inch deliver clear and punchy sound that fills an entire room. Movie trailers, podcasts and music all sound fantastic for a laptop – though low-end sounds (bass) aren’t exactly exceptional. With that said, the M2 MacBook Pro’s overall audio quality is impressive.

We can’t yet speak about the XPS 13 Plus’ speaker quality, but it should produce better sound since it has four stereo speakers as opposed to the previous iterations’ dual speakers. With that said, we thought the Dell XPS 13 OLED delivered decent sound quality so we don’t expect the Plus will be any worse.

Both laptops pack a 720p webcam. We found the MacBook Pro’s webcam good enough when used in a well-lit room, but its image quality was still less-than-ideal.

Apple claims the M2 helps improve the webcam’s quality, but in our testing, it’s still a middling 720p webcam. We don’t expect better image quality from the XPS 13 Plus’ webcam.

In our Tom’s Guide battery test, which involves continuous web surfing over Wi-Fi at 150 nits of screen brightness, the MacBook Pro 2022 lasted for 18 hours and 20 minutes. Based on these tests, we’ve determined that it’s the longest-lasting laptop ever. It outstrips its M1 predecessor (16:25) and utterly destroys the XPS 13 OLED (8 hours). Put simply, the MacBook Pro can last for an entire work day and beyond.

Though we’ll need to test the XPS 13 Plus’ battery life for ourselves, it’s unlikely to match or surpass the MacBook Pro 2022.

Both the Apple MacBook Pro 13-inch (M2, 2022) and Dell XPS 13 Plus are excellent laptops for just about everyone. As we said up top, you really can’t go wrong with either machine since they’re so similar in size and price. They even feature their own distinct versions of function keys. However, depending on your unique user case, one laptop may fit your needs better.

If you want a solid productivity notebook with an up to 3.5K OLED display and touch functionality, then the XPS 13 Plus is your go-to laptop. However, if you need a machine with epic battery life, equally epic performance and a headphone jack, the MacBook Pro 13-inch is hard to top.

We’ll update this page after we’ve tested the XPS 13 Plus. But as things stand, the MacBook Pro 2022 is the current laptop to beat… at least until the MacBook Air 2022 releases. 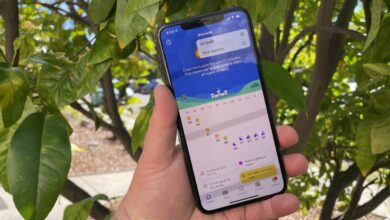 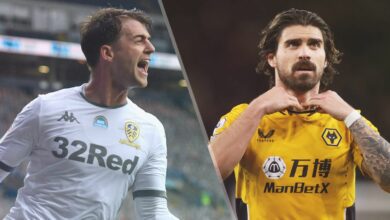 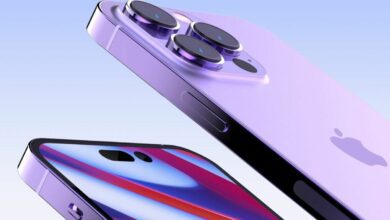 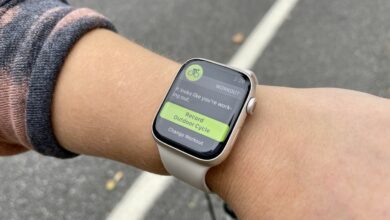