After a decade of living in small, cramped apartments, last year I finally bought a house that ended up being bigger than I originally intended. With all of the extra room, I had plenty of space to review a dozen of the best standing desks.

At the beginning it was great finally having a chance to use a proper standing desk, after years of making do with makeshift ones I either built or set up myself. Also, after a year of reviewing standing desks, I’d tested so many I’ve got one in nearly every room of my house.

While they all helped me stay more active while working from home, one in particular found a special place in my heart due to its features, design and endless customization options. If you’ve been thinking about upgrading to a standing desk and don’t know where to start, I suggest you take a look at UPLIFT Desk’s products, especially the Uplift V2.

A standing desk you can customize to your heart’s content

Based in Austin, Texas, UPLIFT Desk has been making standing desks as well as other home office furniture since 2002. As the story goes, founder and CEO Jon Paulsen couldn’t find one to his liking, so he decided to make his own.

Although Vari and Flexispot both also make excellent standing desks, what sets UPLIFT Desk apart and especially the Uplift V2, is the number of configuration options available. Sure, you can buy a preconfigured standing desk and have a great experience, but since standing desks often don’t come cheap and UPLIFT Desk offers a 15-year warranty, why not customize one to your liking?

For instance, at the time of writing, the company offers 30 different Uplift V2 desktop styles to choose from. Although desktops made from rare types of wood can get expensive fast, there are seven different options made from laminate that are available at the base price. I chose a whiteboard desktop while configuring my review unit, since I’d never seen such a standing desk before. This way, I can take notes right on my desk, and it’s easy to clean.

Grommets – small holes at the back of the desk – are another useful addition to the Uplift V2. These holes can be used to run cables from your PC to your monitor and vice versa. Although you can go for standard grommet covers like I did, you can also get power grommets that feature an AC plug or even a storage grommet that can be used to hold one of the best USB flash drives and other work accessories.

UPLIFT Desk rounds out the Uplift V2 package with something no other company (based on my experience) offers, a free cable management tray. Yes, it’s made of plastic, but other companies don’t include one at all and instead charge anywhere up to $50 for one.

Tall or short – UPLIFT Desk has you covered

To get the most out of your standing desk, you’re going to need to use it from both a seated and a standing position, if not you’d be better off with one of the best desks instead.

As the Uplift V2 features dual motors at the top of each leg, the desk raises to my preferred standing height in just under seven seconds. In addition to being powerful, its dual motors are also quiet unlike some of the desks with single motors I’ve tested. The Uplift V2 also passed my coffee test where I place a full cup of coffee on a standing desk and try raising and lowering it without spilling a drop.

Although I’m personally on the shorter side, the Uplift V2 caters to a variety of heights as it has a minimum height of 25.3” and a maximum height of 48.7”. At its lowest, even a child would be able to draw on its whiteboard desktop, though this also makes it easy to move to another location in your house. As someone who spent a year moving standing desks from room to room, this certainly helped.

On its website, UPLIFT Desk explains that the Uplift V2 works for most people between 5’4” to 6’9” tall but the company also gives a few tips for people who fall under or over this height range. Those 4’8” and shorter might want to consider adding a keyboard tray to “decrease the seated desktop work height by up to 5”” while those who are taller than 6’9” may want to “add desk casters or a keyboard tray” for an even taller desk.

The UPLIFT V2’s keyboard also allows you to set stop limits that are triggered before the desk reaches shelves or a windowsill above it or cabinets below. Even then, the anti-collision system prevents the desk from hitting anything and those with small children can lock the keypad to prevent them from fumbling with it.

Other standing desks worth considering

The Uplift V2 is my favorite standing desk I’ve reviewed this far, but that doesn’t mean I don’t have other standing desks on my shortlist.

If customization isn’t your main focus, Vari – another Texas-based company – also makes excellent standing desks. While the Vari Electric Standing Desk was actually the first desk I reviewed, I still think about it often due to just how easy it was to assemble. In fact, the desk itself can be put together in minutes using just the two included Allen wrenches.

Even though Vari charges extra for its cable management tray, it’s one of the best I’ve ever used because of its design. Normally cable management trays are stationary, but Vari’s can rock forward or backward which makes it really easy to plug in new devices without having to move your desk away from the wall.

This was the first keypad I saw that featured a USB port for charging your devices. Granted, this feature is now becoming a standard and Flexispot’s EG8 Comhar actually has two USB-A ports as well as a USB-C one, I realized just how useful this feature can be with Kana Pro Bamboo.

An investment for your productivity as well as your health

Due to their moving parts and more complicated design, standing desks tend to cost quite a bit more than your average office desk.

For the price though, you gain more flexibility when it comes to how you work and with a cable management tray, you can also make your workspace even tidier. If you’re still on the fence, check out our guide on 10 things you need to know before buying a standing desk.

Personally, now that I’ve made the switch to using a proper electric standing desk, I doubt I’ll ever be able to go back to a desk that can’t move with me throughout the day. While I sit more than stand some days, I always have the option to get out of my chair and move about, like I just did while writing this sentence. 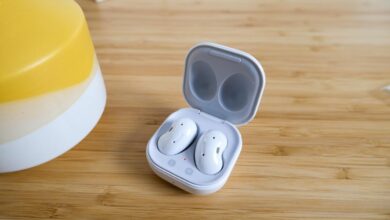 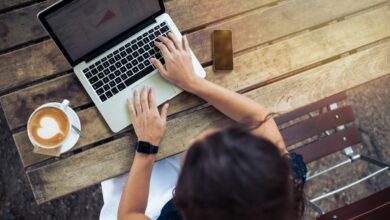 5 tips for buying the perfect back to school laptop 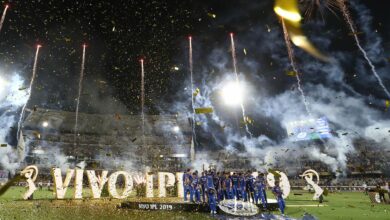 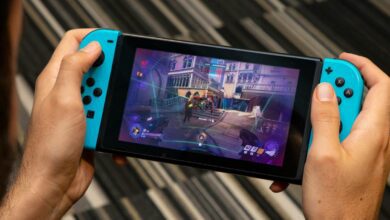 New Nintendo Switch 2 — everything we know so far