The always-on display (or AOD) has been a common feature on the best Android phones for some time, not to mention smartwatches like the Apple Watch 7. But there’s not been an iPhone an always-on display — at least not yet, as the rumor mill seems convinced that this year will finally be the year where we get an iPhone with AOD capabilities.

Combine that AOD addition with other expected features like a 48MP main camera and redesigned notch, and the iPhone 14 Pro is shaping up to be a very exciting phone.

With the Apple September event kicking off later today (September 7), Apple will hopefully tell us all about the new always-on display for its Pro iPhones in a matter of days. In the meantime, we’ve got a rundown of all the iPhone 14 Pro always-on display rumors so far right here, so you know what to expect when Apple’s presenters take to the stage, which we’ll be covering in our Apple event live blog.

iPhone 14 Pro always-on display: How it could work

MacRumors (opens in new tab) just reported a leak with details on how the AOD could play out on the iPhone 14 Pro display. The background of the main lock screen wallpaper will be darkened, leaving a colored foreground with the time and other chosen features visible.

The journey to an iPhone always-on display begins with the ProMotion 120Hz displays that the iPhone 13 Pro and iPhone 13 Pro Max introduced to the iPhone last year. These screens use a material called LTPO (low-temperature Polycrystalline oxide, if you want to be formal) that allows them to dynamically alter their refresh rate, rather than sticking with fixed hertz values or using additional hardware to add it to older LTPS displays.

That adaptive scaling allows displays to drop as low as 1Hz when on-screen activity is static, which is the basis for adding a power-efficient always-on display to a device.

Since always-on displays are, well, always on, they can be a huge drain on a device’s battery. Keeping the refresh rate down mitigates this, allowing users the benefit of the always-on display without costing them precious hours of battery life.

The iPhone 13 Pro models don’t support always-on displays, but they did lay the groundwork Apple needs to add the feature to the iPhone 14 Pro. If we’re lucky, Apple may even be able to enable the AOD on these older models, although it seems more likely to use that Apple would keep it as an iPhone 14-exclusive feature.

Rumors of an AOD for the iPhone 14 Pro go back some months, with Apple reported to have considered the feature for the iPhone 13 originally. For whatever reason, no iPhone 13 models ended up with an always-on display, leaving it up to this year’s models to add it in.

According to Mark Gurman of Bloomberg — who’s the source of many iPhone always-on display rumors — you’ll be able to check things like the weather, your calendar and stocks with the AOD. Any sensitive data will be hidden. This has been backed up by code discovered within iOS 16, as well as in the iPhone emulation feature in Xcode.

The latest leak from MacRumors also backs these rumors, adding that most lock screen elements will apparently be seen on the always-on display.

iOS 16 is perhaps the single biggest hint that an always-on display is coming to the iPhone 14 Pro. The new iOS 16 lock screen allows you to add a small number of monochrome widgets. The feature works on any iPhone capable of running iOS 16, but it seems designed with AOD support in mind.

The AOD is also tipped to feature widgets that will be visible “but will fade in and out at set intervals, unnoticeable to the user, to prevent OLED burn-in” on the Pro models. Notifications will reportedly roll in from the bottom and stay on the screen for 10 seconds. The MacRumors leak also mentions that the same look and feel will have to be chosen by users for the AOD and the main lock screen — they will probably have to have the same wallpaper, color choices, fonts, and widgets. This means that the widgets chosen for the main lock screen are the ones that will probably show up once the screen is locked.

iOS 16’s ability to use multiple interchangeable lock screens with different widgets and clock typefaces would add extra functionality to the AOD compared to ones we’ve seen before, allowing different at-a-glance information to appear depending on the time or location and which Focus mode you have active.

The iPhone 14 Pro’s always-on display could go one further than the ones we’ve seen on other devices by displaying the whole lock screen. AODs typically show only a clock and a few notification icons, but code in iOS 16 seems to suggest Apple could offer a “sleep” state for the AOD that shows a limited-color, desaturated version of your lock screen wallpaper as well as the clock and widgets.

Curious about how that might look? Leaked images give us a glimpse of how the AOD display could actually look.

Render artist AR7 has also put together some concepts of how the iPhone 14 Pro could look, including a couple with the always-on display visible.

Unfortunately, despite all these rumors for an iPhone 14 Pro always-on display, there’s no sign of Apple adding an AOD to its regular iPhone 14, or to the iPhone 14 Max / iPhone 14 Plus model that’s rumored to be replacing the iPhone 13 mini. It’s just one of the reasons why the non-Pro iPhone 14s could be quite disappointing this year, even if they’ll still be all the smartphone that some upgrading customers will need.

With Apple’s event slated for September 7 (today!), we don’t have that long to wait until we find out how exactly the always-on display will look and play out on the iPhone 14 Pro. Considering the volume and quality of rumors and evidence, it seems like a very good chance that the new Pro iPhones will offer an AOD.

Even more exciting than having an AOD to begin with is what Apple could wind up doing with the feature. From the latest rumors we have gathered that there could be a colored always-on display that will have room for customisation in tandem with the main lock screen.

Rather than settle for the same monochrome digital clock and notification icons as its Android rivals, Apple might attractively designed widgets and full (albeit re-colored) lock screen display across multiple lock screens. This would go some way to satisfying users after years of not offering the feature at all, as well as offer the AOD additional versatility.

For more rumor news, take a look at our iPhone 14 Pro and iPhone 14 hubs for a wider view of what Apple’s new phones will offer. We’ve also got more detailed breakdowns of the iPhone 14 cameras and iPhone 14 notch rumors, two other areas we could be seeing major changes. 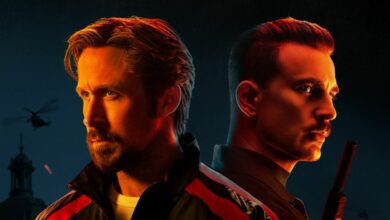 New movies and shows to watch this weekend (July 22-24) 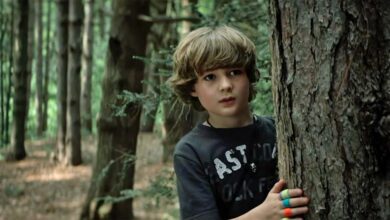 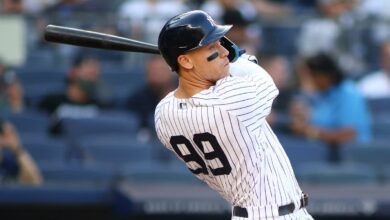 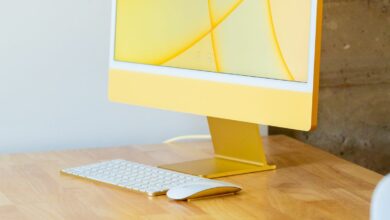