It’s going to be a while before we find out just how well Apple’s iPhone 14 launch went, but you can find some early indications in the quarterly sales numbers Apple recently posted for the three months ended September 24.

Apple’s fiscal fourth quarter numbers only include a sliver of iPhone 14 sales — the phones went on sale eight days before the quarter ended, and the iPhone 14 Plus had yet to even launch. iPhone sales rose 10% to $42.6 billion, a record amount of revenue for the September quarter. Again, the iPhone 14 can only claim a little bit of the credit there, but it’s clearly a promising start, especially given that iPhone 14 Pro models were in short supply at launch.

“Customer demand was strong and better than we anticipated that it would be,” CEO Tim Cook told analysts during a call to discuss Apple’s quarterly performance. “And keep in mind that this is on top of a fiscal year of [2021] that had iPhone revenue grow by 39%, and so it’s a tough compare as well. And so we were happy with it.”

More months of sales figures will give us the complete picture of whether the iPhone 14 was received warmly or not. But between those numbers and comments about the best iPhones from both reviewers and users, a few lessons about the iPhone 14 launch are emerging. And they figure to have an influence on what Apple will do with next year’s iPhone 15 and beyond.

Here’s what we’ve learned about the iPhone 14 thus far.

Putting the emphasis on the iPhone 14 Pro worked

You don’t need to spend much time on an iPhone 14 vs. iPhone 14 Pro comparison to know which phone saw the more significant update this time around. The iPhone 14 Pro and iPhone 14 Pro Max saw some significant changes — a new main camera, a new processor, and no notch, on top of the usual differences in maximum storage, number of cameras and screen brightness — while the iPhone 14’s changes were comparatively more modest.

We don’t know officially if that’s translated to more iPhone 14 sales. “It’s difficult to say what the mix will be until we can satisfy the demand,” Cook told analysts. But early indications are that the iPhone 14 Pro models are proving to be much more popular than the standard iPhone — so much so that Apple is reportedly increasing iPhone 14 Pro production (opens in new tab).

In some corners of the tech media, that’s being touted as an iPhone 14 failure, rather than an iPhone 14 Pro success. And that would be true if people were skipping upgrades altogether. But if the move to increase iPhone 14 Pro production is true, I suspect that what iPhone shoppers are actually doing is shrugging their shoulders and paying for the more impressive model.

In other words, under this theory, people are paying $200 more to upgrade their phone. If that is the case, even just a little bit, Apple’s going to be crying all the way to the bank.

And that’s why I suspect when it’s time to unveil the iPhone 15 lineup next fall, Apple is going to keep the clear differentiation between its standard phone and its Pro models. The regular iPhone will always be there at a comparatively lower price for people who either can’t or don’t want to pay up for a premium device. But Apple seems to have found the right mix of features to convince enough people to spend more on their new phone.

The standard iPhone still needs some sort of ‘wow’ factor

While Apple may reap the benefits of more people turning to its Pro models, it can’t afford to leave the standard iPhone unattended. That’s why you see the iPhone 14 featuring the same crash protection and Emergency SOS features as the Pro phones — the less expensive iPhones still have to deliver some value, even if the marquee features go to the pricier handsets.

My guess is that cameras will continue to be the grand unifying experience across the iPhone lineup. Yes, the iPhone Pro has a telephoto lens and the regular iPhone doesn’t, but otherwise, the cameras offer similar capabilities. On the iPhone 14, that means the same Photonic Engine that’s available on the Pro models can help boost colors and details in low-light photos. Action mode works on the iPhone 14 as well, just as Cinematic Mode did on the iPhone 13 the year before.

The iPhone 14 should reaffirm to Apple that it can reserve its top features for more expensive phones, but that the standard model still needs to offer enough capabilities to make an upgrade worth people’s while.

Dynamic Island needs to be on every phone

At the risk of contradicting myself, there is one iPhone 14 Pro feature that needs to make it to the standard iPhone 15 next year — that’s Dynamic Island, the area that houses the front camera and Face ID sensors in lieu of a notch.

Initially, it seemed like a good idea to include Dynamic Island as one of those features that separates the regular iPhone from the Pro versions. You want a screen that doesn’t have a bezel dipping down into it? the thinking goes. Well, then you want an iPhone Pro model.

I was on board with that precisely until iOS 16.1 went live and introduced Live Activities to Apple’s iPhone software. On every iPhone, Live Activities appear on the lock screen and alert you to an ever-changing status — a game score, say, or timers. But iPhone 14 Pro owners get a bonus — Live Activities also appear in the Dynamic Island along with other types of notifications.

That’s creating separate iPhone experiences depending on which phone you’ve bought. And I think that’s something Apple would want to put the kibosh on sooner, rather than later. With the exception of a optical zoom or a faster processor, the experience of using your iPhone should be essentially the same, whether you paid $799 or $1,099 for the privilege.

Fortunately, rumors suggest that Apple has picked up on this lesson already. Display analyst Ross Young says that Dynamic Island is expected to appear on every iPhone 15 model rather than remain a Pro exclusive. Here’s hoping Apple follows through on that.

Maybe four iPhones is too many

As noted, the iPhone 14 Plus didn’t go on sale until October 7, so it’s not included at all in Apple’s September quarter numbers. However, early indications are that the cheaper of Apple’s 6.7-inch handsets isn’t really catching on with consumers.

If so, it wouldn’t be out of the ordinary for Apple to have one of its models fall flat. Apple switched to a four-phone lineup with the iPhone 12’s release in 2020, only to discover that the iPhone 12 mini didn’t sell particularly well, according to some reports. That same fate befell the iPhone 13 mini the next year, prompting Apple to drop its 5.4-inch handset in favor of a bigger handset.

Should rumblings about iPhone 14 Plus sales prove true, that means it’s likely not the screen size that people are reacting, too. Maybe there’s just space in the market for so many iPhones.

Apple wouldn’t be the first company to realize that a “good, better, best” approach to product lineups is a solid strategy. And that may help explain the move to rebrand the Pro Max model as the iPhone 15 Ultra. Not everyone believes this move is happening, but it would fit into the idea that Apple has a standard iPhone mean to appeal to everyone,  Pro model that brings more features to the table and an Ultra version that offers the best of the best.

We’ve got nearly a full year before the iPhone 15 becomes a reality, leaving us a lot of time for rumors about the phone to either pan out or flame out. But based on what we’ve seen from iPhone 14 sales so far, Apple’s getting a pretty good road map to follow if it wants to maintain its smartphone success. 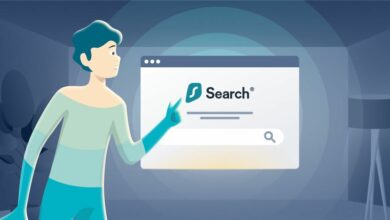 What is Surfshark Search and why should you use it? 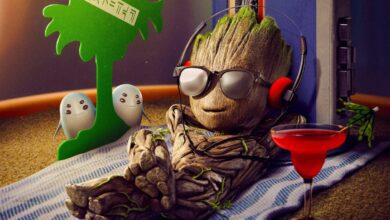 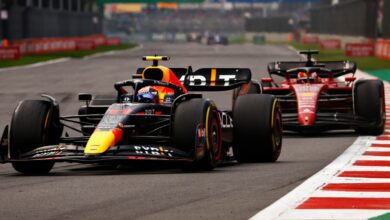 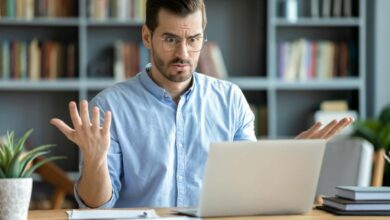