The iPad 2022 is likely to be the next installment of the well-loved Apple tablet. And looking at the rumors so far, we’re much more excited about this model than we have been in previous years.

Sources have claimed that the 2022 iPad model could be the one that finally brings Apple’s basic tablet some sorely-needed improvements, with a full-screen design and a USB-C connector both leading the rumor parade. If these claims turn out to be true, we’re going to be thrilled.

Read on for a summary of everything we’ve heard about the iPad 2022 so far. And check back again soon as we’ll be keeping this page updated with the latest details.

We should look out for the iPad 2022 to appear in fall like the iPad 2021 did last year and like previous basic iPads did in previous years. If that’s the case, we’d likely see it in among Apple’s usual fall product announcement splurge along with the iPhone 14, though Apple has been known to hold multiple product launches in the fall.

Let’s hope that with the upgraded components, the rumors of which we’ll discuss in a moment, there isn’t a price increase. The $329/£319/AU$499 starting price of the iPad 2021 makes it very accessible for typical buyers, and Apple would be smart to keep it that low.

The look of the iPad 2022 could be very different from previous versions, as Apple may be giving its tablet a long-overdue makeover.

The biggest leak in that regard has come from a set of CAD renders allegedly of the new iPad 2022 and shared by MySmartPrice (opens in new tab) (via Apple Insider). If genuine, they indicate the device will have larger bezels on all four sides, a flatter design and a larger screen, among other changes.

The back of the tablet would still have a single camera, but it would have an LED flash and a camera island. The renders suggest the device would measure 9.7 x 7.0 x 0.27 inches — making it wider but slimmer than the current iPad’s 9.8 x 6.8 x 0.29 inches.

One notable detail is that there’s no sign of a 3.5mm headphone jack on either the top or bottom of the device, suggesting it could be removed on this model, to bring the standard iPad in line with other iPads and iPhones. On the flip side, though, four speakers can be seen in the renders — indicating the new model would have audio chops on a par with the iPad Pro (2021), and above the iPad mini 6 and iPad Air (2022).

The iPad’s charging port is covered by a red mark in the CAD renders, however a separate leak has claimed that Apple could switch out the Lightning port we’ve seen on previous iPads to USB-C, a much more versatile port. If that happens, we probably wouldn’t see super-speed Thunderbolt 4 compatibility like the iPad Pro but USB-C would still make connecting accessories or displays much easier. It’ll also help Apple comply with a recently passed EU law that will make USB-C on mobile devices mandatory by the end of 2024.

Something the leakers can’t decide yet is if there will still be a home button or not on the new iPad. No other iPad currently sold by Apple comes with a home button, so it wouldn’t surprise us if Apple wants to get all its iPads looking like a proper family again. If there is no home button on the iPad 2022, then that would likely mean a move to a Touch ID power button instead, as we have on the latest iPad Air and iPad mini models.

That said, the renders above do show a home button — so if they turn out to be genuine then that’s one rumor put to bed.

Along with the redesigns mentioned above, the iPad 2022’s screen could be getting larger, going from the 10.2-inch current model to possibly a 10.5 -inch one. That would mean the best iPad cases currently available would no longer fit the new tablet.

If the iPad’s screen does get larger, that will probably not mean upgrades to other display features like increased brightness, a wider Pro-grade color gamut or a mini LED panel like the iPad Air (2022) or iPad Pro offer. Apple will want to save some stuff for its more expensive models, after all.

The sources talking about the iPad 2022 currently claim that it will run on the A14 Bionic chip from the iPhone 12. That would mean there would be quite a performance gap between this and the iPad mini which uses an A15 chip like the iPhone 13 series. The gap would be even bigger when comparing an A14 iPad to the iPad Air and iPad Pro, both of which use Apple M1 chips with additional performance and extra abilities.

The A14 chipset would still apparently mean a 30% increase over the iPad 2021 though, which will help with running modern apps. Plus, the A14 chip is 5G-compatible, which would let the cell-connected iPad model reach faster data speeds than the current LTE model.

If it launched this fall, then we would see the iPad 2022 use iPadOS 16, the newly announced software for iPads that is currently in beta. Not all of the features within iPadOS 16 may be available though, since some like Stage Manager, are exclusive to the M1 chip in the iPad Air and iPad Pro.

The iPad 2021 is still a good tablet but it really needs some updates to make it a proper rival to cheaper Android tablets. The rumored upgrades of a better chipset, larger display and updated port are exactly what Apple needs to make a tablet that would appeal to more discerning buyers.

We’re still concerned about a potential price rise though. With lots of Apple’s cheaper products increasing in cost, it would be good to see the iPad 2022 buck the trend. We’re looking forward to hearing more about the new base iPad as fall approaches. 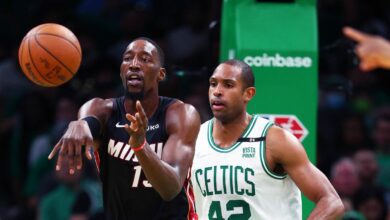 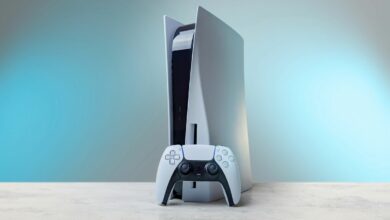 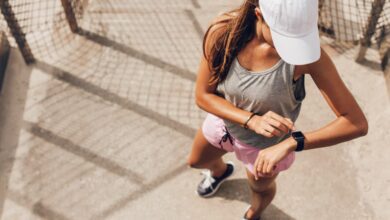