Considering House of the Dragon faced the difficult task of recalibrating the Game of Thrones franchise in the wake of the disastrous final season of the flagship series, you might have expected HBO to go as safe as possible with its second TV show set in Westeros.

Remarkably, the prestigious network has instead gone the exact opposite route, and in House of the Dragon has made one of the boldest TV moves of the year. When I discovered that the first season of the fantasy drama would cover more than 15 years, and recast its lead roles to account for the time jump between episodes, I was pretty skeptical. My gut said it was a disastrous call that would confuse viewers and lead to a disjointed narrative.

However, this decision to set the show over a longer period of time, and make use of recasting rather than digital de-aging effects or frequent flashbacks, has turned out to be a masterclass in epic storytelling done right. It’s already given House of the Dragon a sense of character progression that few shows can match.

As someone who swore off all things Thrones in retaliation to what I still class as one of the worst TV finales of all time, House of the Dragon has me once again eager to consume more of the brutal world created by George R. R. Martin and brought to life by HBO. And, much to my surprise, the show’s recasting of key characters has been a huge part of its appeal.

Set roughly 200 years before the events of Game of Thrones, House of the Dragon focuses on House Targaryen and a legendary civil war over the rightful succession to the Iron Throne that would eventually become known as Dance of the Dragon. This conflict ultimately leads to the family’s downfall which was often referred to by Daenerys Targaryen (Emilia Clarke) in the original Game of Thrones series.

House of the Dragon is, in part, based on Martin’s Fire & Blood companion novel, which recounts the history of House Targaryen and explores how the once-strong dynasty ultimately crumbled. It’s an epic tale that spans hundreds of years, which of course makes any TV adaptation somewhat challenging for a number of reasons.

Thankfully, House of the Dragon showrunners Ryan Condal and Miguel Sapochnik made the wise decision to focus on a specific part of Targaryen history, rather than trying to cover the book’s entire timeline. That said, the events of House of the Dragon still happen across multiple decades. We are following its lead characters from young children into fully grown adults, which is a perilous journey, especially in the world of Thrones.

House of the Dragon started out strong

Around a dozen of the show’s cast has already been recasting over the last seven episodes (and there’s another time skip to come), but crucially the show’s two most important characters, Rhaenyra Targaryen and Alicent Hightower, have both been played by two separate actresses first in their youth and now as adults.

The show began with Milly Alcock playing a teenage Princess Rhaenyra, while Emily Carey played a young Alicent. It’s fair to say that viewers quickly took to these portrayals of the characters, and for good reason, Alcock and Carey were fantastic in their roles.

Both perfectly embodied two characters struggling with an inner conflict between familial expectations and the desire for their own independence. There was of course the additional layer of complexity that saw the formerly close-knit friendship between the pair rapidly sour.

Alcock in particular developed a fandom almost overnight, and even if her time on House of the Dragon is now over (and according to Condal (opens in new tab) it is), this show has catapulted her into the public eye. I’ll be shocked if we don’t see pop up in plenty of new projects over the coming years. And the same is almost certainly true of Carey as well.

After both young actresses succeeded and found popularity with viewers after just a few episodes in, I was bracing myself for the show to plummet back down to Earth when episode six rolled around and House of the Dragon jumped forward a decade. That didn’t happen, instead, the show soared to new heights.

For the remainder of the season — and presumably, the rest of the show’s lifespan — Rhaenyra and Alicent are being portrayed by Emma D’Arcy and Olivia Cooke respectively. And these two more experienced actors have certainly measured up to their younger counterparts.

While I was quietly confident that Cooke would be up to the task — she’s fantastic in Me and Earl and the Dying Girl — the strength of feeling around Milly Alcock’s quietly commanding performance had me very worried that D’Arcy would pale in comparison. But we sit two episodes since the switch, and I’m pleasantly surprised with just how smooth the transition has been.

You could argue back and forth about which portrayal you personally prefer, but the beauty of House of the Dragon being set across such a lengthy period of time is that we’re seeing these characters at different stages in their life.

While Alcock and D’Arcy (as well as Carey and Cooke) are technically playing the same people, their performances can’t really be directly compared. After all, a person really changes over a decade, especially when transitioning from a child into an adult.

In many ways recasting the lead characters was the most unlikely path for HBO to take. The practice of de-aging performers using digital effects is becoming increasingly common, as seen in recent years with The Mandalorian on Disney Plus and Netflix’s The Irishman. Both to rather mixed results, I might add.

Even if HBO had decided that digitally de-aging an actor for several episodes would be too expensive, they could have instead attempted to make an older actor look younger via wardrobe, makeup and camera trickery — see this year’s Orphan: First Kill as an example where those methods have been deployed. Again, to mixed results.

Or alternatively, HBO could have instead started the show with Rhaenyra and Alicent fully grown, and then liberally used flashbacks to recount their youths. This would have allowed the audience to become instantly familiar with the characters as they will be for the majority of the show’s run, but wouldn’t have done the crucial early chapter of the story justice. And it likely would have made the show feel extremely fragmented.

Instead, HBO took, what I perceive to be the riskiest move possible, introducing us to the characters at a young age, letting us develop an attachment to these specific versions of the character, and then using time jumps and recasting to move the story forward. It’s a decision that could have dramatically backfired, but it’s done anything but.

Outlook: House of Dragon’s recasting is genius and I’m ready for more

On a very basic level, one of the best things about the recasting is that it’s allowed multiple actors to shine. As noted, Milly Alcock, Emily Carey, Olivia Cooke and Emma D’Arcy have all been fantastic throughout House of the Dragon’s run to date. The time jump has allowed all four women to feature in a high-profile TV show and display their immense talents rather than just two of them. That’s reason enough to appreciate the time jumps.

On the narrative level, it’s also allowed us to compare how these characters have changed over a lengthy period of time, and how the power dynamics and interpersonal relationships between them have shifted. So far, House of the Dragon has felt truly epic from a storytelling perspective, and the recasting played a significant part in ensuring each character feels notably different across each time period.

The third, and believed to be final, major time shift of House of the Dragon season 1 is reportedly coming up in episode eight, Lord of the Tides, and while Rhaenyra and Alicent won’t be recast, their children will be switching actors once again. The idea of multiple time skips used to have me worried, but now I’m fully on board and cannot wait to see what the newest cast members bring to their established roles. 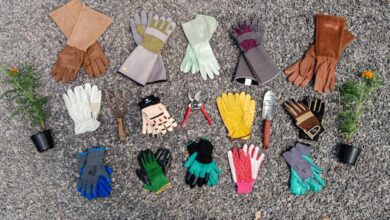 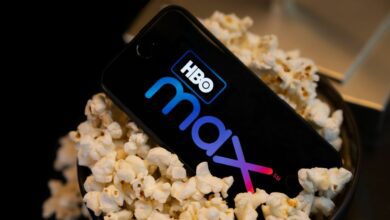 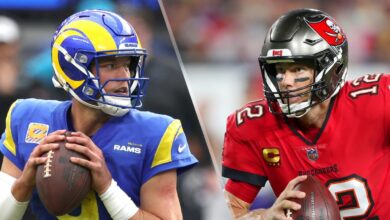 Rams vs Buccaneers live stream: How to watch the NFL week 9 online 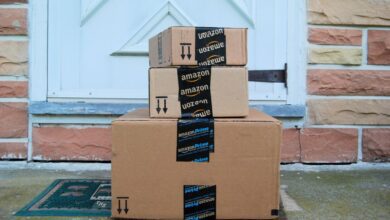 What is Amazon Prime? Everything you need to know