When Tom’s Guide took a first look at the Dyson Zone, it wasn’t hard to not be befuddled by the odd combination of wireless over-ear headphones and air purifier. The Zone looks like a prop from a cyberpunk-style movie — it wouldn’t look out of place in Blade Runner 2049 or Altered Carbon — making it seem more like a concept than anything Dyson would actually release.

At the time, we had limited access to the Zone. But thanks to a trip up to Dyson HQ in the peaceful countryside of Wiltshire, I got to try on the Zone and ask a bevy of questions.

I’m short, I’m both impressed and still a little confused. Let me explain.

There’s no doubt that the Dyson Zone is a rather impressive bit of engineering. The levels of filtration on offer means you’ll pretty much be breathing clean air in all but the most polluted of areas.

And while Dyson hasn’t explicitly tested the Zone for filtering out Covid-19, it can stop particles the same size as the virus, so concerns that the mask and filtration system would blast virus-leaden air at one’s face seem overcooked. In fact, the Zone doesn’t blow air at the wearer’s face; rather it creates a bubble — or zone, if you will —- of cleaned air around the wearer’s nose and mouth.

Trying this for myself, it was surprisingly pleasant. I could feel the fresh air but never felt like it was overwhelming my respiratory system. My only caveat is that the air has that district filtered smell and taste, a bit like the air pumped around commercial aircraft; hardly unpleasant but a far cry away from the freshness of a countryside breeze.

What was neat is how the mask/visor attachment could be easily attached or reattached via magnets. Or how it can be popped down below one’s chin. It still looks a bit odd, but I can’t deny there’s some well-engineered functionality here.

Speaking of that, the Dyson Zone feels rather comfortable to wear — I didn’t have it on long, so I can’t attest to how nice it would feel after a day of use — and that would appear to be down to smart engineering.

The battery packs needed to power the headset are split and balanced on the top left and right hand sides of the headband, while the two motors in each ear used to power the filtration system are the smallest Dyson has built to date. The result is a headset that feels reasonably light and balanced for something that’s loaded with tech; I’d say the headphones felt comparatively comfortable to my Sony WH-1000XM3 over-ear cans.

Sound quality and active noise cancellation seems impressive, too. I’d need to listen to my own music before I could really pass judgement, but Dyson delivers a flat EQ, which it targeted, with a good bit of audio clarity. I’d prefer some more acoustic dynamics, but that could come with some equalizer adjustment.

ANC was rather striking, seemingly blocking out pretty much of the chatter and noise of the full briefing room I was in. The use of nine mics on the headset no doubt helps here.

So taken in isolation the Dyson Zone is actually impressive. But I still don’t get it.

Dyson Zone: Who is it for?

When asked who would buy this, the Dyson engineer leading the presentation and fellow communication specialists has said it would be for people concerned about the effects of pollution on their bodies and people living in packed urban areas. That’s all well and good, but I’m not sure there are that many people around, at least not in the West.

I live in London, a city hardly known for its clean air, and I see very few people wearing any kind of face covering when in areas like Oxford Circus where particulate pollution is a problem. And when I’m in New York City, where Tom’s Guide is headquartered, I’ve not really seen many people take action to avoid the pollution coughed up by a packed Manhattan, hemmed in by skyscrapers.

Even during the peak of the coronavirus pandemic, when mask wearing was mandated in the U.K. and U.S., there was still resistance to wearing them. There’s no shortage of videos featuring Americans arguing about wearing a mask when entering a store. And I saw plenty of people seemingly refusing to wear a mask (or not wearing one properly) when on the London Underground, despite the messages, signs and announcements saying they must.

As such, I struggle to see many people then opting to wearing a headset and air filter combination that at best look quirky. Dyson also hasn’t mentioned pricing for the Zone, but given the Sony WH-1000XM5 costs $399/£379 and the AirPods Max have a price tag of $549/£549 without any extra filtration kit, I can’t see the Zone being any less.

And I reckon a combination of price and unusual design and concept, won’t see the Zone get snapped up by a lot of people. This was the consensus amount fellow journalists I spoke to, as well as friends and family I showed the headset to.

In defense of the Dyson Zone

Yet, there are a few buts here. The first was something Dyson reiterated a few times: the Zone is a first-generation device and iterative models could see it evolve into something that’s sleeker and more ergonomic.

The second is the Zone could be seen as a form of tech fashion device. I’d not be surprised if a celebrity or so-called influencer adopted it and others followed suit; Dyson does court influencers after all. Remember the blinds-style sunglasses Kanye wore? Well it didn’t take long for others to buy those, though that trend has since withered. And in a world where some folks are looking for the next big thing to stand out from the crowd, the Dyson Zone could be just the ticket.

There’s also a renewed focus on the environment and pollution. So I’d not be fully surprised if younger people, likely those with a decent amount of disposable income, adopted the Zone, not only for their own health but as a way to raise more awareness around the environmental impact of humanity.

And finally, I can see the Dyson Zone, or a reworked version of it, being used in commercial and industrial situations where workers want to filter out harmful pollutants and particulates yet also have a means to easily communicate with others or hear clear instructions in noisy environments thanks to powerful ANC.

Ultimately, I feel the Dyson Zone is either ahead of its time, or trying to fix a problem that requires action on a macro scale rather than isolating individuals from air pollution. I can see the Zone making it to market, as Dyson seems determined to do that, but in its current form I can’t see it earning a place on our best headphones list or selling in vast volumes.

I do hope in some ways I’m wrong, as the engineering and technology used in the Zone is very impressive and I feel it shouldn’t be ignored. So I’ll keep an eye on the horizon for what Dyson could do next. 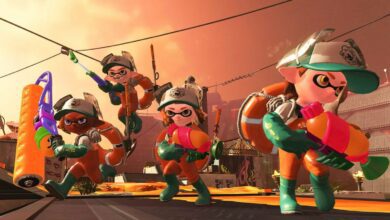 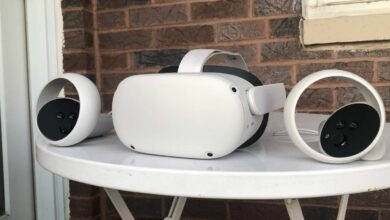 Oculus Quest 3 — everything we know so far 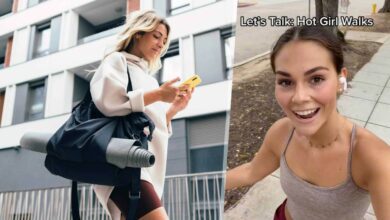 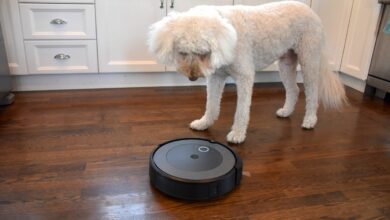