During the most recent State of Play presentation, Sony announced that a God of War Ragnarok PS5 DualSense Controller will be released this November to commemorate the launch of the high-anticipated sequel. And you’re going to want this limited-edition pad!

This will be the first time that Sony has released a special-edition DualSense controller themed around a specific game. God of War Ragnarok definitely looks befitting of that honor, and we fully expect it to appear in our roundup of the best PS5 games shortly after its release this winter.

The limited-edition God of War Ragnarok PS5 DualSense Controller will launch on the same day as the game (Wednesday, November 9), and is likely to sell out fast. After all, the God of War Ragnarok Collector’s Edition (opens in new tab) was snapped up in mere minutes, and we expect PlayStation fans (and, unfortunately, scalpers) to be equally desperate to purchase this ice-cool controller too.

While the God of War DualSense doesn’t launch until November, you can secure yours early with a preorder starting Tuesday, September 27. Special-edition gaming items have seen increased demand in recent years, so here’s all the information you’ll need to preorder the God of War Ragnarok PS5 DualSense Controller.

Where to preorder God of War Ragnarok PS5 DualSense Controller

The limited-edition God of War PS5 controller will be available starting November 9, but preorders will open on September 27 and we’ll update this article with a link once we have one. We expect the first wave to sell out very fast, but hopefully Sony is also preparing plenty of additional units for launch day.

We don’t know which retailers will be stocking the controller just yet, but it’s practically guaranteed to be available on PlayStation Direct and it could also be sold by retailers such as GameStop, Amazon and Best Buy. We will update this article once we have confirmed listings.

What is God of War Ragnarok PS5 DualSense Controller?

The God of War Ragnarok PS5 DualSense Controller is pretty much exactly what it sounds like. This limited-edition DualSense wireless controller is being released to celebrate the impending launch of the latest entry in the beloved God of War series.

The controller sports a two-tone design with “cool blue” plates over an “icy white” shell. The touchpad is embellished with a bear and wolf insignia that represents Kratos and Atreus, the father and son protagonists of God of War Ragnarok. It’s a pretty slick controller overall, and it’s not too in your face with its inspiration, either.

It’s worth noting this is just a standard DualSense with a cosmetic face-lift; the functionality of the pad is the same as the regular one. So this isn’t the recently-revealed DualSense Edge controller, which will sport several enhancements and new features; we’re still awaiting pricing and release information for that. 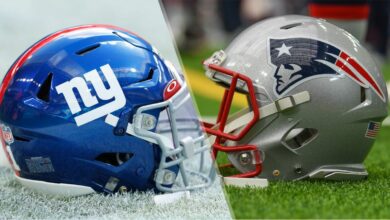 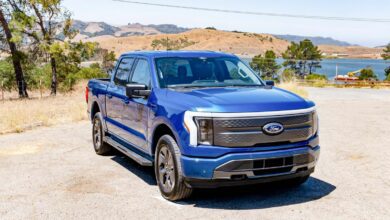 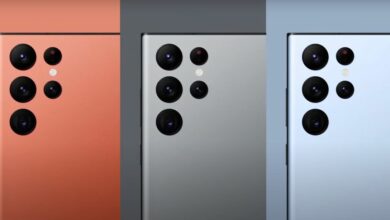 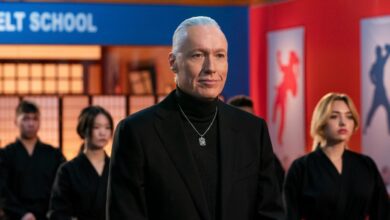