The Google Pixel 6a hits stores July 28, and it’s getting a considerable overhaul from its predecessor. This new phone will be the more affordable counterpart to the Pixel 6 and Pixel 6 Pro, offering some of the same features but keeping the Pixel 5a’s price thanks to some compromises on the display and main camera compared to Google’s flagships.

With phones like the iPhone SE (2022), Samsung Galaxy A53 and OnePlus Nord 2, the Pixel 5a faces tough competition in the budget phone space. But with a Google Tensor chip, Google’s excellent photography software and a competitive price, this latest phone from Google stands a good chance of standing out among our best cheap phones.

Read on for a summary of what Google’s told us about the Pixel 6a, and how that stacks up to its rivals.

Google Pixel 6a: What you need to know

Even better news than the price is the widened availability. The Pixel 5a was only offered in the U.S. and Japan. This time, the Pixel 6a is on offer in a larger selection of countries, including the U.K. The only bad news is the long wait between the Pixel 6a’s announcement in May and its release in July.

The Google Pixel 6a may face a big problem in the form of the Pixel 6. There’s only $150/£200/AU$200 between the Pixel 6a and the Pixel 6, which given the extra specs, such as a 90Hz refresh rate, battery and RAM, make the latter a good deal in comparison to the upcoming budget Pixel phone.

Google Pixel 6a design and display

Unsurprisingly, Google made the Pixel 6a fit in with the Pixel 6 and 6 Pro, using a camera bar design on the back, a centered punch-hole camera on the front and an under-display fingerprint sensor beneath (but using a different sensor to the annoyingly slow one on the Pixel 6 series). One small change is that the cameras are now gathered under a single oblong glass cover, which makes the lenses more prominent.

Unfortunately there’s no headphone jack on the Pixel 6a something which the Pixel 5a did offer. It’s a particularly unfortunate exclusion on budget phones which tend to still offer them, but perhaps you’ll be tempted to pick up a pair of Google Pixel Buds Pro.

For color choices, Google will offer Charcoal black, Chalk white and Sage green color options. These aren’t the liveliest bunch of colors but hopefully it’s enough to please most users.

And, if you’re worried by the phone getting wet, you can rest assured that the Pixel 6a offers IP67 water/dust resistance.

Leaker Evan Blass also released some professional-looking renders of the Pixel 6a, giving us a look at the phone from every conceivable angle. There isn’t really any new information here, but they do give you a proper look at the phone in all three color configurations.

Google has equipped the Pixel 6a with a 6.1-inch AMOLED display with FHD resolution and Gorilla Glass 3 exterior. That’s a touch smaller than the 6.34-inch display on the Pixel 5a, but not so much that you’ll want to rethink an upgrade because of it.

Unfortunately for the Pixel 6a, its screen remains stuck at a 60Hz refresh rate. That’s slower than most modern Android phones, which have moved to smoother 90Hz or 120Hz rates. At least the iPhone SE 2022, which is also sticking with 60Hz, now has company.

On the plus side, Google is apparently using a different fingerprint sensor under the display, and based on a leaked video seemingly from Google France, it looks to perform much more reliably than the Pixel 6’s often frustrating reader.

Though the video has since been removed, it certainly looks faster in action than the flagship phone’s version, which can only be a good thing.

The Pixel 6a relies on an older camera this time and not the flagship cameras seen on the Pixel 6 and 6 Pro. Google seems to be turning the spotlight on the Tensor chip for the 6a.

For your photography needs, the Pixel 6a gives you a 12.2MP main camera and a 12MP ultrawide camera on the back and an 8MP selfie camera on the front.

The ultrawide camera has a reduced resolution compared to the Pixel 5a’s 16MP ultrawide camera. However that’s possibly made up for by a larger sensor that will offer greater brightness.

Google camera capabilities rely on more than just hardware, though. There’s also the software-power features such as a low-light photography mode (that’s MIA on the iPhone SE 2022), Magic Eraser (now with an added object recoloring ability) and Face Unblur for the Pixel 6a. Those happen to be some of our favorite parts of the Pixel 6 photo experience.

Abandoning the Snapdragon sensors of old Pixel A-series phones, the Pixel 6a will use a Google Tensor chipset, just like the mainline Pixel 6 and 6 Pro. This should give the new phone quite a bit more power than most of its budget rivals, although it may not match the flagship Pixels since it only gets 6GB of RAM instead of 8GB or 12GB.

For storage capacity, there’s a single 128GB version of the Pixel 6a. That’s the typical standard for a modern smartphone, so hopefully you won’t struggle for space unless you’re a photography fiend or have huge numbers of apps downloaded.

Google confirmed there’s 5G on the Pixel 6a, and that includes both the regular sub-6GHz flavor and the less common mmWave version that some U.S. carriers use. Good news if you want to jump to the Pixel 6a while keeping your existing provider, or if you want a new phone capable of using mmWave’s enhanced speeds.

Google Pixel 6a battery and charging

Powering the Pixel 6a is a 4,410 mAh battery, a bit smaller than the Pixel 5a’s 4,680 mAh cell. Hopefully Google is making some other adjustments to improve power efficiency, as the 5a didn’t perform well on the TG custom battery test.

Google doesn’t think you should worry though. Its official estimates say you’ll get more than 24 hours of regular usage from the 6a, and up to 72 hours with its Extreme Battery Saver mode enabled.

One thing that’s not changed from last year is the charging speed. Although the Pixel 6 series got a 30W fast charger, you can only power the Pixel 6a at up to 18W — the same charging speed as the Pixel 5a. That could mean you won’t get a particularly good recharge with the 6a if you’re pressed for time.

Google will arm the PIxel 6a with Android 12 at launch, including the usual Google-exclusive features. That includes Live Translate and Magic Eraser, among other treats.

Google promised the mainline Pixel 6 five years of updates, which we hoped would also come to the Pixel 6a and give it amazing long term value. However Google’s only promising five years of security updates for the Pixel 6a, which could mean you miss out on a couple years of full Android upgrades. It’s still a good deal though, as some Android phones struggle to get more than one or two years of full updates.

The Pixel 6a arrival remains a month away, but we’re still excited to get our hands on the phone. Compared to the Pixel 5a, this year’s model looks to be a much more dynamic phone, bringing all the Google-exclusive goodies we were hoping for.

We’re hoping that the Pixel 6a lives up to our expectations and provides some stiff competition to the likes of the latest iPhone SE and Galaxy A53. That means more choice for budget shoppers looking for the best value, and isn’t more choice the main thing most of us are looking for? 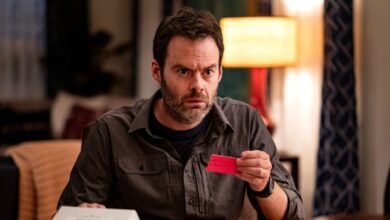 Barry season 4 — everything we know 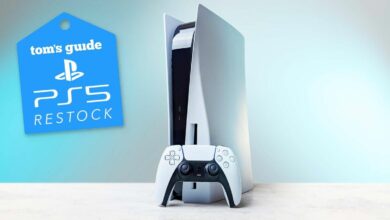 Amazon opens invite-only PS5 restock registration — how to sign up

Disney Plus price, shows, and how to sign up 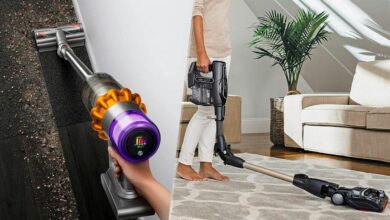 Shark vs Dyson: Which vacuum cleaner is best?