Google will host an October 6 product event that sounds like it will be packed with new devices, from phones to smartwatches.

The company’s already confirmed that we’ll see the full reveal of the Google Pixel 7 and Pixel 7 Pro on October 6. Those phones will likely be joined by the Google Pixel Watch, the first smartwatch from the search giant and a potential rival for the likes of the Samsung Galaxy Watch 5.

We already have some idea of what to expect. Google previewed the design of the Pixel 7 and Pixel 7 Pro, which will be an evolution of the camera bar-sporting aesthetic of the Google Pixel 6. And we’ve also had glimpses at the Pixel Watch, which so far looks set to sport an attractive rounded design and come with what’s likely to be Google’s ideal version of Wear OS.

But questions about all three products remain, such as their capabilities, more details about their specs, and price and release dates. Read on for everything you need to know about as well as what to expect from the Google October event.

How to watch the Google October event

You can watch  it at the Google Store (opens in new tab) or on YouTube (opens in new tab). There’s no placeholder video for the event just yet, but Google has other clips teasing the likes of the Pixel 7 Pro (opens in new tab). For those of you active on social media, you can also get announcements and updates from the Made By Google account on Twitter, Facebook and Instagram.

What to expect from the Google October event

We’re expecting to see at least three products from Google: a pair of new Pixel flagship phones, and the Pixel Watch. Both of these have been teased considerably over the past few months, but we’ll finally get the lowdown of each device’s specs and features.

But there’s always scope for Google to announce more, whether it’s a new price for the Google Pixel Buds Pro or Nest products, so here’s what we think you’ll see at the Google October event.

Leading the hardware charge for Google, we can expect a no-holds-barred look at the Google Pixel 7. From the images Google has shared so far it looks like a minor evolution over the Pixel 6, with the same rectangular camera bar, only with a more distinct pill shaped module for the main and ultrawide cameras, rather than a more invisible visor-like look the Pixel 6 has.

A more compact design could be on the cards, too, if the rumors are to be believed. Google hasn’t shown off the display, but we’d expect it to measure in at 6.4 inches, potentially with slimmer display bezels offering a little more space for the display to breathe.

Google has already announced colors for the Pixel 7: Obsidian, Lemongrass and Snow. That’s black, lime green and white for those of you who don’t speak marketing.

We also know the Google Pixel 7 will be powered by the Tensor G2 chip, which is a second-generation take on the Tensor chip first seen in the Pixel 6 phone and also the Pixel 6a.

While not the most powerful system-on-a-chip in terms of raw power, the Tensor chip powered a lot of smart features for the Pixel 6 phones. So we can expect the same with the Pixel 7’s Tensor G2, only with Google likely to reveal even more smart features to give the phone the edge over the likes of the iPhone 14 Pro and Galaxy S22.

There’s no word on pricing or an official release date, but we would expect the Pixel 7 to sit somewhere in the ballpark of the $599 Pixel 6. Google has also said you’ll be able to pre-order the Pixel 7 on October 6, the same day as the launch event.

The Pixel 7 Pro is mostly the same story as the standard Pixel 7, in that it’s set to be an evolution of the Pixel 6 Pro, with a tweaked camera bar seemingly mixing the main and ultrawide camera in one pill-shaped module and the telephoto camera in a separate unit.

Speaking of cameras, we’ve not heard much in terms of hardware upgrades for the Pixel 7 Pro’s lenses or sensors. But as Google, like Apple, tends to push its sensors for several years before upgrading, we’re not expecting any major changes here as Google only moved from a 12-megapixel main camera to a 50MP one with the Pixel 6 range. What we can expect is for the Tensor G2 chip to power smarter camera features and improved computational photography to deliver photos that really stand out from rivals on our best camera phones list.

Again Google hasn’t shown off the display of the Pixel 7 Pro, but we reckon it’ll stick with the 6.71-inch display seen in the Pixel 6 Pro, perhaps with a dynamic refresh rate that can scale down from 120Hz to 1Hz to help save on battery life. There’s an outside chance that Google’s reticence to show the screen could be down to it having some special feature, say an under-display front-facing camera, but we’re not convinced by that theory.

Colors for the Pixel 7 Pro have been confirmed to be Obsidian, Hazel and Snow. So expect a rather muted look to the flagship phone. And pricing has yet to be confirmed, but we assume it would follow on from the Pixel 6 Pro’s $899 price tag. Pre-orders begin October 6, the same as with the Pixel 7.

Likely to be one of the most interesting products of the Google October event, the Pixel Watch will be Google’s first foray into smartwatch hardware. And if it’s anything like previous Pixel devices, it’ll showcase the best possible version — in Google’s eyes at least — of Wear OS.

But unlike the Pixel 7 phones, Google has been more tight-lipped about the Pixel Watch. Sure, we’ve seen its rather attractive design and Google has noted there’ll be closer Fitbit services integration and a “new Wear OS experience” but what that’ll look like remains a mystery.

From the leaks and tips so far, we’re expecting there to be an LTE model, mix of straps for the watch, and a chip from Samsung Exynos range or Qualcomm’s Snapdragon Wear selection. Otherwise, we remain a little in the dark about what capabilities the Pixel Watch will sport underneath its circular face.

Rather than expect a deluge of special features like blood oxygen monitoring, we figure the Pixel Watch will be pitched as the perfect companion device for other Pixel products, seemingly synchronizing with the Pixel phones, Pixel Buds and Google Nest smart home tech. Equally, we’d be prepared for Google to have some surprise up its sleeve for the Pixel Watch.

Pixel Watch price rumors have homed in on a $349 starting price for the watch, though that’s far from official. The Pixel Watch may not arrive until November, according to some rumors.

Promotional images for the Pixel hardware showcase not only feature the Pixel 7 phone and the Pixel Watch but also a pair of Google Pixel Buds Pro.

Now these wireless earbuds were released in the summer, so they’re too new for a hardware refresh. But we’d not be massively surprised if Google didn’t announce new features for the Pixel Buds Pro that are enabled via the Tensor G2 chip and smart synchronization with the Pixel Watch, say using the Watch’s GPS to cleverly tweak active noise cancellation levels to suit the environment a wearer is in.

Or perhaps we could see a surprise price drop to enable the Pixel Buds Pro to better compete with some of the best wireless earbuds you can buy today.

While Pixel products are set to steal the headlines at the Google October event, there a rumors that new Google Nest products will be revealed. We’ve already seen hints at a new Google Nest router, so we’d not be surprised if that was revealed alongside some software updates for the likes of the Nest Home Hub.

Speaking of which, it’s been a while since Google released a new Nest Home Hub, so there’s arguably potential that a third-generation model could be revealed. But we’ve not seem any rumors to back that up, and likely upgrades will come in the form of software.

We’d also not be surprised to hear about updates for various Chromecast devices, likely with tighter integration between them and the Pixel phones, as well as dedicated Chromecast app or watch faces for the Pixel Watch.

We know quite a bit about what’s coming for the Google October event, but that’s not to say Google won’t have some surprises up its sleeve.

While design of the Pixel 7 phones and Pixel Watch have pretty much been revealed, there’s a lot more to hear about their capabilities. And we’d expect to be intrigued by a host of new software features for these devices that harness the strength of Google’s AI and smart progressing work.

In short, the Google October event is going to be one to watch. Rest assured we’ll be on point to bring you the latest news and any early impressions of the hardware as the event unfolds. 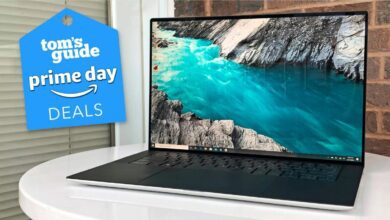 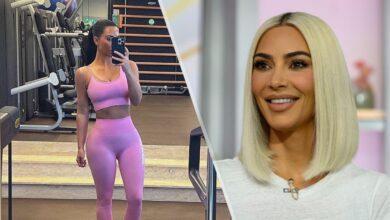 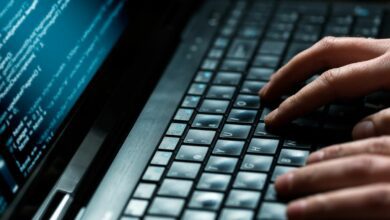 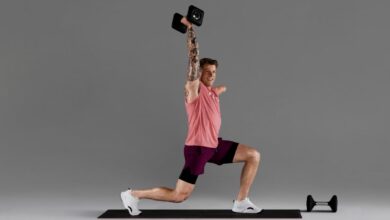 Peloton’s new instructor is bringing adaptive training to the masses