A couple of years after Bowers & Wilkins launched its Px7 wireless active noise-canceling over-ear headphones at a price that put them in direct competition with the likes of the Sony ’s all-conquering WH-1000XM4 alternative, the company is back. The Px7 S2 are, hopes Bowers & Wilkins, the same but better — after all, the original Px7 were very well received indeed. Coincidentally (or maybe not), they’re priced to compete directly with Sony’s new WH-1000XM5.

Bowers & Wilkins is playing to its strengths, though, rather than attempting to take Sony on at its own game. The Px7 S2 feel good, are beautifully constructed and are either good-looking in an understated way or a bit too understated for their own good — it depends on your taste. But there’s no arguing with the purposeful way these headphones are specified. Yes, they have active noise-cancelation and a control app — but ‘extended functionality’ is not their thing. They’re designed to deliver the best wireless sound this sort of money can buy.

If you want every wireless headphone feature under the sun, you have plenty of choice. If, however, you want headphones that make the most of the digital audio information you give them, your choice is rather more restricted. The Px7 S2 need to be in your thinking, though, if the latter is where you’re at.

The Bowers & Wilkins Px7 S2 wireless over-ear active noise-canceling headphones are on sale now through the Bowers & Wilkins website (opens in new tab) priced at $399 / £379 / AU$599, and via online retailers such as B&H (opens in new tab). That’s exactly the same price as the new Sony WH-1000XM5 wireless over-ear active noise-canceling headphones that launched last month. Coincidence? We doubt it.

So just as with the WH-1000XM5, the Px7 S2 are priced to blur the line between ‘mainstream affordability’ and ‘luxurious accessory’. Unlike the Sony, though, these new Bowers & Wilkins have more than a hint of luxury about them.

The design of the Px7 S2 is what gives these headphones a feeling of luxury. Impeccably put together from a combination of textured fabric, memory-foam filled leather, flex-free plastic, with a discreetly logo-d section on the earcups, the Px7 S2 are understated and sophisticated lookers.

Inside each earcup is a new 1.7-inch (43.6mm) bio-cellulose full-range dynamic driver, developed to have lower total harmonic distortion than the driver fitted to the outgoing Px7. The new driver is newly canted at an angle, too, the better to deliver direct and enveloping audio — that’s the theory, at least.

There’s also a new mic array on the earcups, designed to improve both call quality and the effectiveness of the active noise-cancelation. ANC remains a binary ‘on/off’ option, though, which makes it seem unsophisticated compared to the best noise canceling headphones at a comparable price.

Bowers & Wilkins has had a long think about both the hanger arrangement of these headphones and the clamping force they exert. The result is that the Px7 S2, despite their 10.8 ounces (307g) weight (which is fractionally lighter than the model they replace, but actually 2 ounces (57g) heavier than Sony’s WH-1000XM5), are comfortable in situ and stay that way for a long while.

The contact points with head and ears are nicely judged. The materials are quite indulgent to the touch, but they resist returning the wearer’s own body heat for a good length of time. And the size of the earcup and earpads themselves is equally thoughtful — everyone’s ears are different, of course, but in terms of hitting on ‘one size fits many’ dimensions they’re very successful.

Unlike the overwhelming majority of wireless headphones that sell for this sort of money, the Px7 S2 don’t feature any touch controls. No tapping an earcup to pause your music here.

Instead, the rear edge of the right earcup features a selection of physical ‘push/push’ control buttons — these cover ‘play/pause’, ‘volume up/down’, ‘skip forwards/backwards’ and ‘power on/off/Bluetooth pairing’. On first acquaintance they seem rather too small, rather too similar and rather too close together — but it doesn’t take too long to get familiar with them.

On the left-hand side, meanwhile, there’s a single multi-function button that can either scroll through your noise-cancelation options (‘on/off’/’passthrough’) or summon your source player’s native voice-assistant. There’s no voice-control built in, you see.

You can define the action of this multi-function button in the clean, stable and rather restricted Bowers & Wilkins ‘Music’ control app. It’s ‘rather restricted’ only in relative terms, you understand — between broad functionality controls and some EQ adjustment, it’s pretty useful as far as it goes. It just doesn’t go as far as those tour de force control apps from companies that have apparently limitless resources with which to develop these things.

Some songs are more obliging than others when it comes to revealing the talents (or otherwise) of the equipment that’s playing them. Which is why starting with a hefty Tidal Masters file of “You Never Give Me Your Money” by The Beatles makes a lot of sense — it’s exquisitely produced, and seemingly designed to be as obliging as possible when it comes to assessing headphones such as these.

Delivered by the Px7 S2, the song is thoroughly engrossing and easy to understand. The soundstage the Bowers & Wilkins generate is sizable, and superbly defined — so when the toy piano is barreling along at the left-hand edge of the stage and the bass guitar is walking on the far right, each is simple to locate and has more than enough elbow-room in which to express itself. This is not at the expense of integration, though — the Px7 S2 do great work making recording of all kinds sound unified and of a whole.

Detail levels are sky-high – that bass guitar, again, is absolutely loaded with information about its string-gauge and the method by which it’s being played, and the Bowers & Wilkins give it the depth it requires to underpin the whole song. Control of the low frequencies is impressive, too – there’s no overhang and, consequently, no adverse effect on the momentum of the song as a whole.

It’s a similar story at the opposite end of the frequency range. Treble sounds are bright but not coarse, and are so detailed that the difference between one strike of the ride cymbal and the next is made plain. The level of attack is judicious and, again, control is absolute.

In between, the Px7 S2 bring all of their talents of detail retrieval and all their authority to bear on the midrange. As a result, singers of all types, all levels of competence and all levels of commitment are given complete expression. So much of the emotional impact of a song can rest in the vocal line, and when you hear it through these Bowers & Wilkins you’ll never be in any doubt as to a vocalist’s intentions.

The entire frequency range hangs together well, with nothing overstated and nothing struggling for representation. Tonality is clean, consistent and entirely convincing.

Even where the Px7 S2 aren’t outright excellent, they’re still pretty good. As far as rhythmic expression is concerned, for example, they may not be the last word in dancefloor hedonism but they can hold their own when we switch to Cracker Island by Gorillaz featuring Thundercat. The most fearsome EDM can force the Bowers & Wilkins out of their comfort zone, it’s true, but in all other circumstances they cut a respectable rug. Dynamic headroom is ample for the big ‘quiet/LOUD’ excursions the tune indulges in, and the Px7 S2 are equally attentive to the more subtle, but no less essential, shifts in harmonics that constitute low-level dynamics.

Elsewhere, the active noise-cancelation proves ‘good’ rather than great’ — that’s to say, it will be perfectly acceptable to anyone who doesn’t insist on absolute silence. External sounds are dealt with decisively unless they’re very loud indeed, and the headphones deal with it without anything so crass as a suggestion of counter-signal. They don’t alter their sonic characteristics, either. ‘Passthrough’, which gives a boost to ambient sound, is equally accomplished.

Like the model they replace, the Px7 S2 have an all-in, best-case battery life of 30 hours — which is about average for a product like this these days. What has improved over the outgoing Px7, though, are the charging times: from ‘flat’ to full’ now takes just 2 hours, rather than the leisurely 3 hours the old model needed, and a 15 minute charge is now good for seven hours of playback rather than five.

There’s no wireless charging available here, so the Px7 S2 must be charged using the USB port on the right earcup. There are USB-C to USB-C and USB-C to 3.5mm cables supplied (the USB-C port is for both power and data transfer), and a nicely finished hard case is also provided.

These headphones use Bluetooth 5.0 for wireless connectivity, and they’re compatible with SBC, AAC and aptX Adaptive codecs. This means both high-resolution audio and tight audio/video synchronization are available.

‘Play to your strengths’ is good advice, and with the Px7 S2 that’s exactly what Bowers & Wilkins has done. It’s made more than a gesture towards the sort of functionality we’ve come to expect from wireless headphones — effective active noise-cancelation, control app, voice assistant compatibility — but you don’t need to listen long to understand the company has spent the majority of its time on the way these headphones sound. And as a result, they sound superior to the vast majority of competitors. 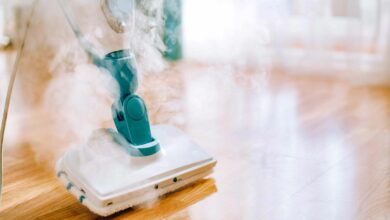 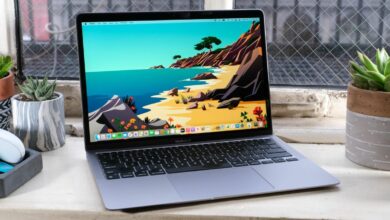 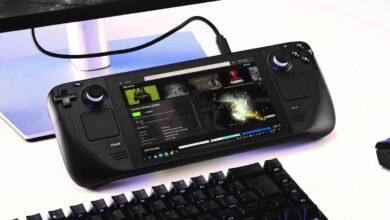 How to enable Desktop Mode on the Steam Deck 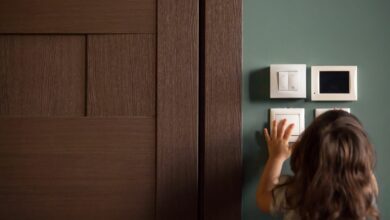