iPad deals are starting off with a bang this month. Multiple iPads are at all-time price lows right now. Plus, now that the iPad Air 2022 is widely available, we’re seeing more iPad deals than usual. In fact, Apple’s new tablet is already seeing its first dollar-off price cut.

Just remember, iPads are always in high demand, so as a result they tend to sell out fast. For instance, the base 10.2-inch iPad can be in stock in the morning and sold out by the afternoon.

As a result, we’re recommending you snatch up any iPad deals you see right now before models run out of stock. So what are the best cheap iPad deals right now? We’re here to show you the best Apple deals available. (Also, make sure to check out our guide to the best AirPods sales and MacBook deals).

iPad deals are getting more aggressive as Memorial Day sales drive the price of the iPad lower than ever. Retailers like Amazon and Best Buy are taking from $50 to $100 off Apple’s top-rated tablets. Make sure to follow our guide to the best Apple Memorial Day sales for the best discounts this holiday weekend.

Which iPad should I buy?

Apple’s iPad family is now bigger than ever. Currently, these are the models that Apple offers:

The 10.2-inch iPad is the tablet for everyone. The mainstream tablet is not only the most affordable iPad, but it’s also the best value for your dollar. The tablet uses Apple’s A10 Fusion chip. That shouldn’t be a deal breaker though. While the A10 Fusion chip is indeed dated, it still packs enough power for streaming movies and playing some Apple Arcade.

It can also be used for sketching and drawing, thanks to its Apple Pencil (1st gen) support. For the first time, you can also pair the 10.2-inch iPad with Apple’s Smart Keyboard. Check out our iPad 2021 review to see why we love Apple’s latest tablet.

True to its name, the 2021 iPad mini 6 is the smallest tablet in Apple’s lineup. But don’t let its size fool you — the new iPad mini is one powerful tablet. The 2021 iPad mini features an all new thin-bezel design, a larger 8.3.inch Liquid Retina display, A15 Bionic CPU, 12MP wide camera, and USB-C connectivity. It also works with the Apple Pencil 2.

If you want unrivaled power, you’ll want to check out the iPad Air or iPad Pros. The latter come in 11-inch and 12.9-inch flavors and use Apple’s new M1 CPU.

Where to find the best deals: Generally speaking, Amazon tends to offer the best iPad deals. On any given day of the week you’ll typically find discounts that run the gamut from $50 to $200 off. Other retailers like Best Buy, B&H Photo, and Walmart tend to offer similar prices. However, it’s rare that they undercut Amazon’s iPad deals.

Check all colors: Amazon tends to give different color iPads different prices. For instance, the base iPad 32GB tablet in black might sell for a discounted $299 price, but the white model might sell at full price. So when looking for iPad deals at Amazon, it’s worth checking various colors for the lowest price.

Check older models iPad Air: The new iPad Air 2022 is here. However, if you don’t need M1 power, the previous iPad Air is usually up to $100 off, which is substantial savings. So it’s always worth checking older iPad models (when available) to save some extra cash. 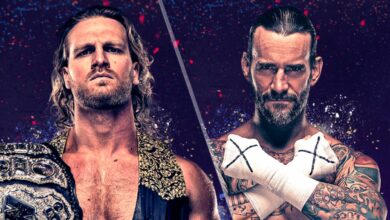 AEW Double or Nothing 2022 live stream, updated match card and how to watch online 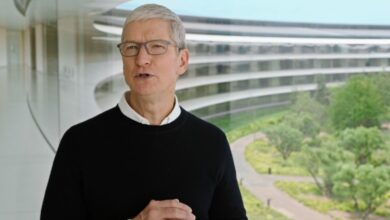