The Fitbit Luxe is the fanciest fitness tracker we’ve tested. (Sorry, Apple Watch Hermes). That said, our love for the Luxe isn’t all shallow. In our Fitbit Luxe review, we named it one of the best Fitbits around. It’s kitted out with Fitbit’s Activity Zone Minutes, sleep tracking, stress management tools, and provides a 5-day battery life. Even better, you can snag one for $50 off right now at Best Buy.


If you’re looking for a killer deal on one of the best phones we’ve tested this year, Samsung is now offering its S22 for as little as $49 after trade-in. It features a 6.1-inch Dynamic AMOLED FHD+ display, Snapdragon 8 Gen 1 CPU, 8GB of RAM, and 128GB of storage. You also get a 40MP (f/2.2) front camera and three rear lenses that include a 50MP (f/1.8) main, 12MP (f/2.2) ultrawide, and a 10MP (f/2.4) 3x telephoto lens. Although it’s the least-expensive phone in Samsung’s current Galaxy S22 lineup, in our Galaxy S22 review we called it a solid step ahead for Samsung, with noteworthy improvements to the display and the camera.


The Apple Watch SE 2022 just got its first noteworthy price cut since its launch. Right now Amazon has the GPS 44mm model on sale for $239. That’s $40 off and the best deal you’ll find out there right now. In our Apple Watch SE 2022 review, we said it offers everything you could want from a smartwatch. It’s only con — it lacks an always on-display. For more sales on other Apple Watch models, make sure to follow our Apple Watch Black Friday deals page.


Here’s a solid deal for any casual gamers out there. Dell has its G15 Gaming Laptop on sale for $599. It’s $350 off and a great price for the hardware. You get a 15.6-inch 1080p 120Hz LCD, Core i5-12500H CPU, 8GB of RAM, 256GB SSD, and an RTX 3050 GPU. Although we haven’t reviewed this specific model, we have reviewed other G15 configs and have generally found them to be reliable/affordable gaming laptops. Heads up that the Dell website says this laptop deal is 69% claimed, which means it could sell out fast.


Streaming devices make for a great holiday gift. Even if you already own a smart TV, the right streaming device can make your viewing experience much more pleasurable. Right now Best Buy is slashing the price of various streaming devices from Roku, Amazon, Google, and Apple. Not sure which one to get? I personally own the Roku Streaming Stick 4K and absolutely love it. It’s also the overall winner in our list of the best streaming devices.


There are a lot of great deals today, but for non-tech items — this might be my favorite. Nectar is taking 33% off sitewide right now. The sale includes the excellent Nectar duvet. I love my Nectar duvet. I bought it a few years ago and since then have purchased a second one. It’s super-soft and made of breathable cotton that keeps you warm during the winter and cool during the summer. The duvet also holds a spot in our list of the best duvets. Right now you can get the twin for $100 (was $149) or the queen for $120 (was $179).


They’re no longer Sony’s flagship ‘phones, but the WH-1000XM4 are still among the best headphones you can buy. In our Sony WH-1000XM4 review, we described the headphones as “Sony’s best pair of noise-cancelling headphones yet” and called them “a fine-tuned enhancement that stands out as the best in the series, and even beats the best-in-class Bose 700 in some key areas.” We especially loved the excellent audio, remarkable noise cancellation, intuitive smart controls, and the superb battery life of around 30 hours (with Active Noise Cancellation enabled). They’re not at their lowest price ever.


Well, well, look at what we have here. Amazon is officially the first retailer to offer a noteworthy price drop on the new 11-inch iPad Pro (2022). It’s on sale for $749, which is $50 off. The updated tablet features Apple’s mighty M2 CPU. Apple claims the new chipset’s 8-core CPU and 10-core GPU are up to 15% and 35% faster than the previous-gen model. Otherwise, you get the same hardware as its predecessor. That includes an 11-inch 2388 x 1668 Liquid Retina XDR display with ProMotion, 8GB of RAM, 12MP wide/10MP ultrawide rear cameras, and a 12MP TrueDepth front camera.


Gaming laptops are usually a pretty pricey investment, but thanks to Black Friday deals you can get a machine sporting solid specs for less than you might expect. Case in point, this Gigabyte G5 gaming laptop is on sale for $549 at Best Buy (opens in new tab) — that’s a saving of $350 compared to its regular retail price of $999.

At this price, don’t expect a cutting-edge laptop, but it does packs a 15.6-inch Full HD  screen, an Intel Core i5-11400H CPU, an Nvidia GeForce RTX 3050 Ti GPU, 8GB of RAM and 512GB of SSD storage. The laptop also sports a 144Hz refresh rate, which is a really nice bonus, and makes it a great pick for playing fast-paced shooters or action games. The G5’s specs are from 2021 but they still hold up extremely well.

Granted, the 512GB of storage is a little on the small size (but one of the best external hard drives will fix that) but otherwise this is reasonably powerful gaming laptop at an entry-level price.


The Black Friday sales period is often noted as the ideal time to score a TV upgrade, and if you’ve been considering one of the best OLEDs then you’ll want to pay attention to this Amazon deal.

Right now you can get the 55” LG A2 OLED 4K TV for $896 at Amazon (opens in new tab). That’s $403 off the usual price, and one of the best early Black Friday deals out there at the moment. Don’t let the fact Amazon hasn’t marked it as a deal fool you, this is definitely a killer discount.

There’s plenty to love about the LG A2. For starters, its’ an OLED TV that offers better picture quality that an LCD TV. Plus, this set comes with a 55-inch 4K display, complete with Dolby Vision, HDR10 and HLG support. It also packs Google Assistant and Alexa support, and LG’s webOS software is often considered one of the best smart TV platforms.


One of our favorite early Black Friday deals is easily this MacBook discount courtesy of Best Buy. It’s been running for a few days now but remains extremely compelling. Right now the MacBook Pro 14-inch (M1 Pro/512GB) is just $1,599 at Best Buy (opens in new tab). That’s $400 off and ties the lowest price we’ve ever seen for this powerful laptop.

In our Apple MacBook Pro 14-inch (2021) review, we were seriously impressed by what this device had to offer. It has pretty much everything you could want in a laptop; including incredible performance, a beautiful 14-inch display and battery life that lasted over 14 hours in our tests.

If all that wasn’t enough it also packs an excellent 1080p webcam, a Magic Keyboard that is a dream to type on, and a fairly generous selection of ports, which is far from guaranteed when it comes to Apple laptops. Still no USB-A port though, but this can be fixed with use of a dongle or dock. 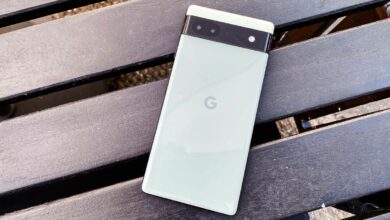 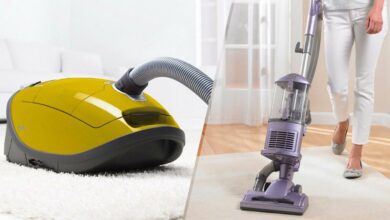 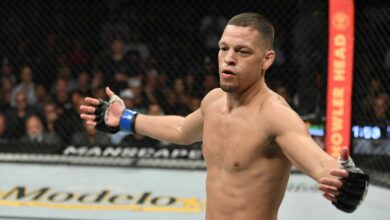 UFC 279 live stream: How to watch Diaz vs Ferguson online and card 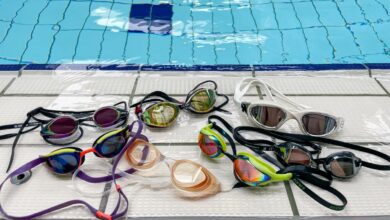 The best swimming goggles for training, racing, and triathlon