This week, when we watch Andor episode 7 online, we see Cassian Andor’s next turn. And right now, we’re utterly confused as to how he becomes the rebel pilot we meet in Rogue One.

Warning: Spoilers ahead for events that occurred in earlier episodes of Andor.

Yes, after Andor, Vel, Skeen and Nemik made it off the planet, with their stolen payroll intact, everything got worse. Because the loss of Gorn and Taramyn wasn’t enough (we won’t mourn Colonel Petigar and Commandant Jayhold in this house), another two bodies were added to the show’s death list.

After Skeen was trying to convince Andor to take the money and run, telling “Clem” that he didn’t have a brother who was killed by the Empire, Cassian didn’t take him up on the offer. Andor, seemingly believing him — and not wanting to see if this was itself a test — just shot him dead.

Then, in an ultimate heartbreaking moment, Nemik died on the operating table. After that, Cassian demanded his cut, and gave back the Kyber crystal necklace to Vel (to give to Luthen). Andor was seemingly done with all this rebellioon talk. But, then, the heartbreak continued when Vel said that Nemik asked she give Andor his rebellion manifesto.

Meanwhile, the future is set up by the Empire going full investigation about this theft of credits, and Dedra Meero is one of the people called in by Major Partagaz. Mon Mothma is then speaking to a practically-empty senate, and Luthen politely celebrated news of heist.

So, without further ado, here’s how to watch Andor episode 7 online (and check out this clip where Faye Marsay talks about one scene from earlier this season):

When does Andor episode 7 come out on Disney Plus?

Five more episodes will arrive on the following Wednesdays. A full Andor schedule is below.

How to watch Andor internationally

The latest (and likely final) full trailer for Andor is all about assembling a ragtag group for the rebellion. And it also hints at how some are not as eager to go to war with the Galactic Empire as others.

The full official Andor trailer delivers our first glimpse at the returning Saw Gerrera, and it reveals that Stellan Skarsgård’s Luthen Rael is a good guy:

The first official Andor teaser trailer is very light on Mr. Andor himself — but filled with the point of view of regular civilians in the Star Wars galaxy.

Our own rebel spy at the Star Wars Celebration Lucasfilm Showcase relayed this photo of the Andor poster.

The cast of Star Wars: Andor is led by Diego Luna, who stars as Cassian Jeron Andor, a soldier, pilot and intelligence officer for the Rebel Alliance. Alan Tudyk will reprise his voice role as Cassian’s droid sidekick, K-2SO.

Also reprising a longtime Star Wars role is Genevieve O’Reilly as Mon Mothma, a leader of the Rebel Alliance.

As for new faces, Stellan Skarsgård has been cast as Luthen Rael, who seems to be a founding member of the Rebel Alliance. But fans on Reddit (opens in new tab) are speculating that he will play the bounty hunter Dengar, who appeared in The Empire Strikes Back, Return of the Jedi and The Clone Wars animated series.

At D23, we learned Soller is playing a villain. In his words, his character is the latest in the “history of villains you love to hate.”

Gael Garcia Bernal (opens in new tab), Luna’s co-star from Y Tu Mamá También, has been joking about how he’d love to show up in the series as Andor’s “lost brother or something.” So mark that under “nice if it happened, but not a sure thing.”

Plus, Hayden Christensen is reprising his role as Anakin Skywalker/Darth Vader in the Obi-Wan Kenobi series. So it’s not outside the realm of possibility he could show up in Andor.

The sizzle reel indicates the breadth and depth of Andor, since the creature department is working on over 200 named characters.

The 2016 film follows the story of a ragtag team of Rebel fighters who embark on a dangerous mission to steal the construction plans for the Death Star, the Galactic Empire’s planet-obliterating superweapon. As a longtime Rebel agent, Cassian helps lead the mission alongside Jyn Erso.

In Rogue One, Cassian revealed he has been fighting as a rebel since he was six years old, so the Andor series could include flashbacks to his childhood.

We also may see the origin story of Cassian’s droid K-2SO, a former Imperial enforcer droid that was reprogrammed to assist the rebels.

All the way from the Cleveleys coast of England, we’ve got our first set photos (opens in new tab) from Star Wars: Andor. The crew has apparently transformed a cafe into a setting we’re not entirely familiar with, so the series may be charting new territories. Is the show transforming a modern cafe into a cantina, or something else entirely? We hope to find out soon.

Next: Check out our spoiler-free Hellraiser (2022) review to see why we think it might not be weird enough for some. Plus, our new on Netflix for the week of Oct. 3 roundup has all the details on what’s dropping. 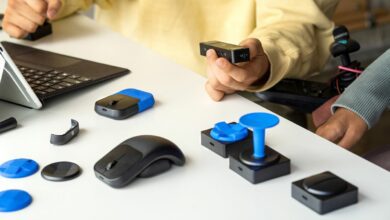 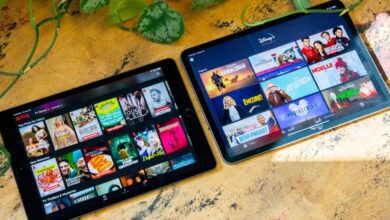 The best streaming services in 2022 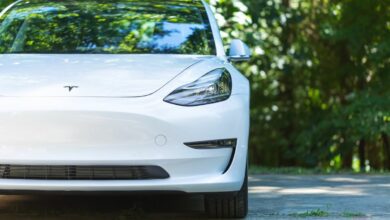 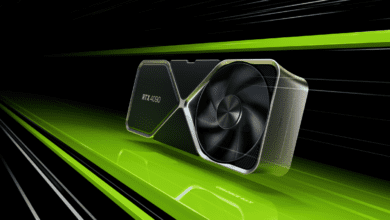