This week’s edition of the 7 best new films to watch online is familiar in the best way. We’ve got a fantastic film from a beloved director, a couple of family-friendly movies, an action flick that subverts fairy tale traditions and a couple of fun Netflix Original films too.

If we go by box office, the first film we need to talk about is The Bad Guys, which only had its theatrical release in late April. This animated film takes an excellent cast and turns them into criminals. Well, animals who are also criminals. But when Mr. Wolf (Sam Rockwell) has a crisis of conscience, things start to change.

The next big arrival to streaming is Edgar Wright’s Last Night in Soho. Long since done with his Cornetto trilogy, the Shawn of the Dead director’s most recent film is about an aspiring fashion designer, who just to happens to find inspiration by traveling back in time. Unfortunately, things don’t go that well during these retro excursions, and she is soon haunted by what she sees.

So, let’s break down the seven movies you should watch this week, and check out the 11 new movies and shows to watch from this past weekend, which feature Maya Rudolph and the return of two major shows.

Bachelor parties are supposed to be fun times. You find activities that fit the group (not just the best man, hopefully) and people go out and enjoy themselves. Or at least that’s what’s supposed to happen to childhood besties Sebastian (Axel Bøyum) and Mikkel (Fredrik Skogsrud). The former is getting married, and they’ve reunited to go paint-balling. Unfortunately for them, this Norwegian film isn’t just a fun night out.

Not only is Sebastian using this outing to try and land a client (even the bachelor party isn’t safe from workaholic tendencies), there’s an alien invasion happening right as they arm up. Fortunately for Sebastian and Mikkel, these two are more than comfortable putting enemies in their targets. Oh, and they actually have weapons that can stop the invading horde: laser-tag guns

Secrets of the Oligarch Wives (Paramount Plus)

Power doesn’t exist without the people who enable it to thrive, and while we’ve heard a lot about Russian President Vladimir Putin, little has been said about the world he lives in. That’s why Paramount Plus’ Secrets of the Oligarch Wives is the most interesting documentary in weeks.

In this film, we see how women connected to Putin are finally speaking out, and how it’s created a threat to their own lives. Some of those interviewed in this film have been in Putin’s inner circle for decades, and they’re revealing details that go beyond the riches associated with that kind of power.

The record industry, as we all have heard, is not exactly that great for young up and coming musicians. And that’s what we’re going to see in Beauty (written by Lena Waith), where Gracie Marie Bradley plays the titular musician who is being offered the world.

Her mother, (Niecy Nash) warns her about how the industry will try and grind her up after it gives her a taste of success. Her father (Giovanni Ribisi) is ready to send Beauty into the chaos. The record industry agent (Sharon Stone) who signed Beauty to a contract? Well, she looks like the dictionary definition of a deceptive suit who wants to profit off Beauty.

Fashion is an interesting thing for younger kids. Some like it not (aka naked time), some can’t stop themselves from diving into their parents’ closets. This is where the latest Mo Willems (creator of the Elephant and Piggie books and the Sheep in the Big City series) project comes into play, adapting the creator’s 2009 book of the same title.

Except now it’s a musical comedy that looks amusing for the younger family members. This special focuses on the civilization of always-naked mole rats that live the nudist life underground, and what happens when one (Wilbur) decides he wants to wear clothes. Sure, it’s only an hour-long, but as the sole standout for families this week, parents will take what they can get. Also, more than an hour may be too much.

Reformed villains continue to be in vogue right now, as Despicable Me’s Gru has been followed by Mr. Wolf (Sam Rockwell). And this family friendly caper about a group of villainous animals voiced by very familiar actors (also including Awkwafina as Ms. Tarantula, Marc Maron as Mr. Snake and Craig Robinson as Mr. Shark) is finally coming to a streaming service near you, as Peacock gets it at the start of the new month.

Critics were positive on The Bad Guys, presenting it as a “fun for the whole family” adventure. It’s got positive messages regarding friendship and redemption, and while kids aren’t noticing your favorite stars’ voices (it includes Atlanta’s Zazie Beetz, for example), they will hear some of their faves, such as Anthony Ramos and Lily Singh. Think of it as a way to watch a crime movie while the kids are in the room. Parents who managed to hold off from buying the movie outright online may be happy to hear that it is coming to Peacock. If they have Peacock, that is.

Most of us have seen Anya Taylor-Joy in The Queen’s Gambit or The Northman, but what if you turned into the star at night? And what if this wasn’t a good thing? That’s the problem facing Eloise (Thomasin McKenzie, last seen in Jojo Rabbit and Old), an aspiring fashion designer in modern day London. Going through a lot of personal troubles herself, Eloise finds her inspirations from the past by seemingly traveling through time to the 1960’s.

On her nights out in this seemingly alternate reality, Eloise becomes Sandie (Taylor-Joy), who meets a guy named Jack (Matt Smith) while she works to become a singer in the local scene. Back in her own life, Eloise finds success at fashion school with looks based on Eloise’s outfits, only to have nightmares from these adventures force her to think about what’s going on in this world.

Hulu’s big movie this week is a fun-looking coming of age action movie that flips the script on the world where princesses you’re looking for are in another tower. So while The Princess (played by Joey King of The Kissing Booth and The Act) may have no name, she doesn’t seem to need one to save herself. King stars opposite Dominic Cooper, who plays the mean Julius that The Princess refuses to wed after she is betrothed to him.

Just watch the trailer, and you’ll get the vibes, as Joan Jett’s “Bad Reputation” blares while King hacks and slashes with a sword, while parkouring across walls (inside and outside the castle). Produced by Neal H. Moritz (Fast and Furious films), Toby Jaffe (Total Recall) and Derek Kolstad (John Wick). 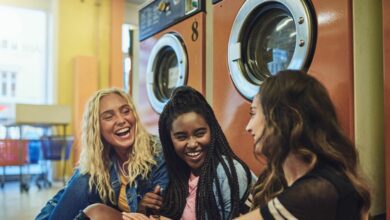 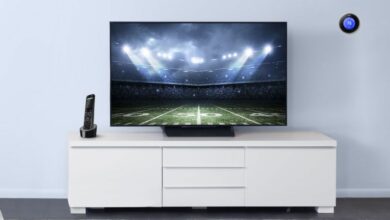 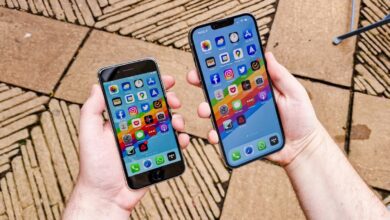